Another week, another amazing Chrissy Teigen clapback on Twitter. After a tweet from last summer wondering why a woman wouldn’t take her husband’s last name began to once again make the Internet rounds on Wednesday, Teigen supplied the perfect retort to the question.

“I’d really like to hear the reasoning behind women who won’t take their husband’s last name,” the original tweet read, prompting the 32-year-old model to reply, “my husband didn’t even take his last name?”

Teigen was, of course, referring to the fact that Legend is not the real last name of her husband John, but rather his stage name. His birth name is actually John Roger Stephens, hence the reason their’s daughter Luna’s last name is Stephens.

“John Legend is a nickname that some friends started calling me, and it kind of grew into my stage name,” the “All of Me” singer told MTV News in 2008. “‘Legend’ is something that I never would have chosen for myself originally. It grew to the point where more people in my circle would know me by that name than by my real name. I had to make a decision.” 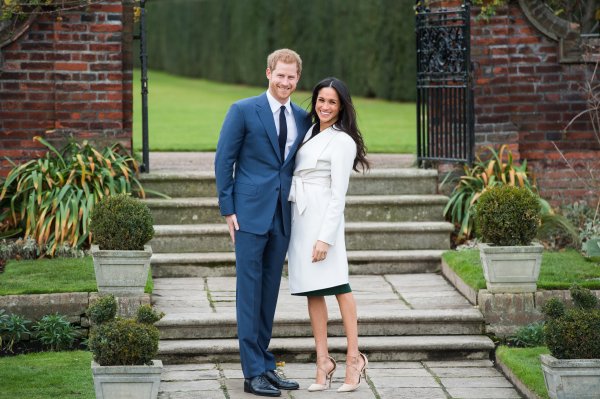 Prince Harry and Meghan Markle's Wedding Invitations Are Just as Stunning As You'd Expect
Next Up: Editor's Pick