Crown Prince Of Saudi Arabia Mohammad Bin Salman speaks during a bilateral meeting with U.S. Secretary of Defense Jim Mattis at the Pentagon on March 22, 2018.
Alex Wong—Getty Images
Ideas
By James Stavridis
Admiral Stavridis (Ret.), a TIME Contributing Editor, was the 16th Supreme Allied Commander at NATO and is an Operating Executive at The Carlyle Group. His new book is 2034: A Novel of the Next World War. His previous nonfiction book was Sailing True North: Ten Admirals and the Voyage of Character

In terms of timing, Shakespeare said it best in Julius Caesar: “There is a tide in the affairs of men, which taken at the flood, leads on to fortune; Omitted, all the voyage of their life is bound in shallows and in miseries.” As America welcomes the young, dynamic and controversial Prince Muhammad Bin Salman Al Saud of the Kingdom of Saudi Arabia, we should remember that he believes his destiny lies in reshaping not only the Saudi nation, but also the Arab world and the broader Middle East. And I would not bet against him.

During a trip hosted and paid for by the Foreign Ministry with the aims of discussing diplomatic education, I was invited to speak with the Crown Prince. Our meeting was held in his large office in the Royal Palace on March 12, at 11 p.m., as the Royal Court milled about outside.

In ten years as a very senior U.S. military officer and five years in my current role as the Dean of a graduate school of international relations, I have met most of the major world leaders. I would put Prince Muhammad near the top of the list in terms of energy, ambition and vision. His youth means a long, long time in power when he becomes King. But the challenges are immense, and the detractors — both inside the Kingdom and globally — are formidable.

His list of titles is long, much like the other global Prince of the moment, his friend Jared Kushner. In addition to being selected as the Crown Prince, he serves as Deputy Prime Minister, President of the Council of Economic and Development Affairs, and Minister of Defense — the world’s youngest holder of the latter office at the time of his appointment a little more than three years ago. Each of these positions would be a full-time job for most people. For example, as Minister of Defense he manages the fourth-largest defense budget in the world, has Saudi troops in a significant regional war in Yemen, directs strikes against the Islamic State as part of the coalition led by the U.S. and recently fired much of the uniformed leadership. His duties in each of the other positions are equally significant.

His energy and enthusiasm for the task ahead of him was apparent. He held forth with precision and passion on the threat posed by Iran, the challenge of finishing the task of destroying the Islamic State, the positive state of relations with the United States, anti-corruption measures and the need to reform both the Saudi economy and improve the situation for women in the Kingdom. Surrounded by stacks of documents, folders, binders and various computers and other electronic devices, he was clearly looking forward to a long trip to the United States, which would encompass both coasts and multiple locations.

There is a particular need driving his deep personal engagement with current U.S. leadership and the lengthy visit to America. With a relatively small population relative to Iran and reliance on hydrocarbons for a reliable revenue stream, the Saudis need a powerful partner — and only the United States can provide the full range of security guarantees. For the Kingdom, a U.S. withdrawal from the Middle East puts in place a far more dangerous landscape. This should also inform a Saudi approach that eases U.S. concerns about the war in Yemen, the relationship with the Qataris, and cooperation with Israel.

The Crown Prince’s reputation is not without controversy, of course. Confining members of the Royal family in a Ritz-Carlton in a crackdown on corruption has created a significant human rights backlash, particularly after a damning story in the New York Times appeared. Likewise, the Saudi military campaign in Yemen has helped create a significant humanitarian crisis, and accusations of loose collateral damage standards in terms of the air campaign continue to crop up. The isolation of Qatar is contributing to a high degree of tension in the Gulf Cooperation Council, traditionally led by the Saudis. And his reforms on behalf of women, from permission to drive to allowing custody of children after a divorce, are stirring up trouble in traditional sectors of Saudi society.

There will be additional major challenges ahead. The ambitious plan to reinvent the Saudi economy and wean it from oil revenues will be difficult, even with an infusion of cash from the planned sale of part of Saudi Aramco. If the Prince cannot succeed in generating jobs for young Saudis, encourage technology transfer and sensible direct investment, manage the sovereign wealth in a way that protects the post-hydrocarbon future, tap the human capital of women, reduce radicalization, strangle corruption, maintain the support of the majority of young Saudis and continue to connect the Kingdom to the global grid, then his path will be vastly harder. He cannot succeed by force of personality alone, something he knows well — he must follow through on the coherent plan he has laid out, adjusting course as necessary as events force changes.

Relations with Israel will be tricky, despite the increasingly obvious need for the Saudis to work with Israel in opposing Iranian influence throughout the region (as the Egyptians and Jordanians have for decades). Creating a sense of unity among the fractious Arab states will be hard, and there are other leaders in the Arab world to challenge the young Prince. And above it all looms the long shadow of Iran, who see themselves as inheritors of the Persian Empire and are striking out across the region, seeking to gain influence both north and south of the Kingdom, using Shiite militias, Revolutionary Guards, traditional troops, and an alliance with Russia, Syria and increasingly NATO member Turkey. In addition to traditional Arab states (to include solving the situation with Qatar), the Prince needs a quietly cooperative Israel, European help in ensuring the Iranian economy doesn’t suddenly swing into high gear, U.S. influence both in the region and in Europe; possible cooperation with NATO (there is already a nascent level of such engagement) and direct investment from other parts of the world. The United States will be a central part of that coalition, and he will be a vital partner for our security efforts.

The Crown Prince is determined to seize this moment and sail on the flood tide. But he would do well to remember that the play from which that famous quotation comes tells the story of a leader who faces a brutal end. I’d say the odds of his success are better than even, but there are rough seas ahead. 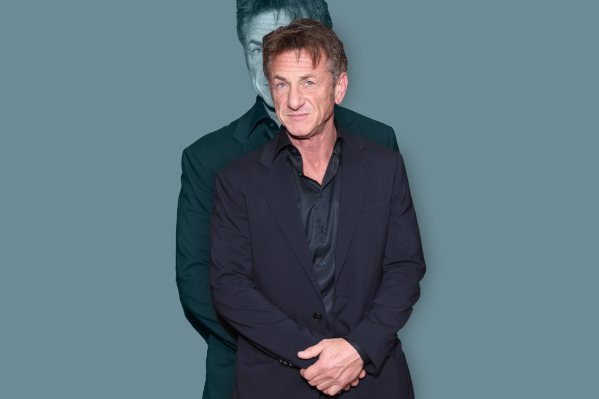 Sean Penn Talks His Debut Novel and His Fears for #MeToo
Next Up: Editor's Pick