President Trump announced steps to institute new tariffs and penalties to crack down on China’s intellectual property practices as concerns grow that a recent spate of trade actions could launch a global trade war.

“We have a tremendous intellectual property theft situation going on, which likewise is hundreds of billions of dollars,” Trump said before signing a directive for the U.S. Trade Representative to assess tariffs.

A senior Administration official said the proposed tariffs will hit a wide range of consumer products — some 1,300 — and will have a targeted value of around $50 billion. Trump said the number would be $60 billion at a press conference Thursday.

The Trump Administration conducted a months-long case, known as a Section 301 investigation, to build a case that China has forced U.S. companies to share technology and intellectual property as a condition of doing business in China, among other concerns.

Trade associations representing a wide range of the business community said they largely agree with criticism of China’s intellectual property practices, but criticized the tariffs as a poor remedy that could ultimately harm U.S. businesses and raise prices for consumers.

“The overall focus of the Section 301 investigation should be to bring China to the negotiating table for a meaningful resolution of specific, sector-by-sector issues,” Rufus Yerxa, president of the National Foreign Trade Council trade association wrote in a letter to congressional leaders. “Premature, unilateral sanctions alone are unlikely to achieve this objective.”

U.S. trade partners were already on edge about a slew of Trump tariffs announced earlier this year as the president seeks to make good on a campaign promise to reduce the U.S. trade deficit and crack down on what he sees as unfair trade practices. Past actions have covered steel, aluminum, washing machines and solar panels.

The announcement Thursday compounded industry fears. As news of the impending announcement spread, China announced that it was preparing tariffs of its own on U.S. soybeans, sorghum and live hogs, all of which originate in areas that overwhelmingly supported Trump in the 2016 presidential election.

A senior administration official said that the U.S. had already engaged China on the topic in diplomatic discussions and the tariffs were a last resort. “China will have a choice about how to respond,” the official said. “They have benefited from this relationship far more than we have.”

The tariffs will be subject to a 15-day comment period before the U.S. Trade Representative finalizes the move. Other measures, including new restrictions on Chinese investment in the U.S., will take longer. 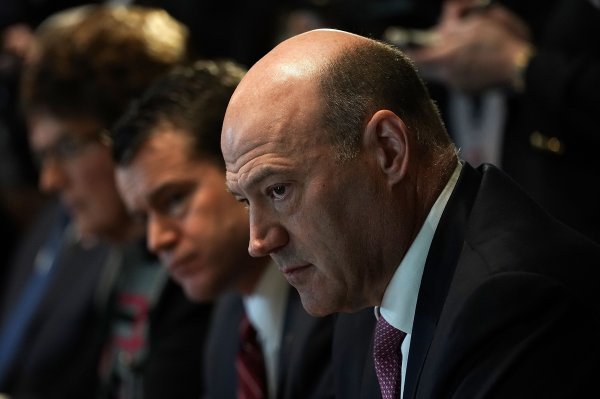