During a visit to a charity called SportsAid that assists young British athletes in ascending to Olympic, Paralympic and other international competitions status, Prince William tried his hand at the game of wheelchair basketball. The Duke of Cambridge was shown the ropes by young rising stars who play wheelchair basketball — and even took a few shots at the hoop himself. When he sank a basket — on his third try — the crowd was enthusiastic in their cheers.

Supporting him from the sidelines was none other than the Duchess of Cambridge, who is eight months pregnant and expecting their third royal baby sometime next month. In fact, this may very well be her final official public appearance before settling down to await the arrival of the new child. SportsAid has been a longtime cause for Princess Kate, as it supports athletes in financing their pursuits.

Wheelchair basketball, which is one of the events of the Summer Paralympic Games, will make be a part of the Commonwealth Games in 2022. 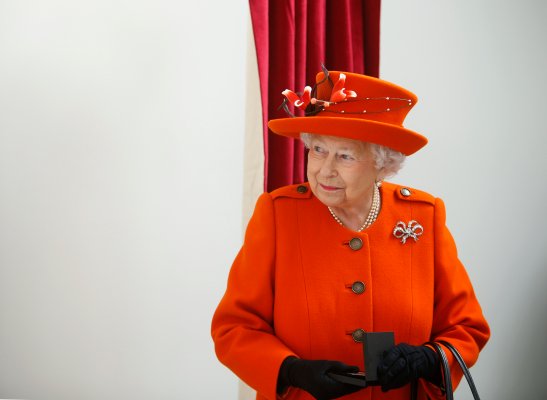 The Queen's 92nd Birthday Bash Will Be Way Cooler Than Yours
Next Up: Editor's Pick