When a diminutive skeleton — measuring just six inches long, with a tiny, cone-shaped head and only 10 pairs of ribs — was discovered behind an abandoned church in the Atacama region of Chile in 2003, onlookers thought they might have stumbled across an alien.

Fifteen years later, researchers have the DNA evidence to prove that the skeleton, nicknamed Ata, is of “purely earthly origin,” a finding that was published Thursday in the journal Genome Research. Even still, plenty of questions remain unanswered.

“We really haven’t see another child like that,” says Dr. Atul Butte, the director of the Institute for Computational Health Sciences at the University of California San Francisco and one of the researchers involved in the project. “Anything’s possible.”

Using DNA extracted from Ata’s bone marrow, Butte and his colleagues were able to determine that the skeleton belonged to a human female with a mix of Native American and European heritage. They also found that the skeleton was likely less than 50 years old, and probably owed its weathered appearance to the harsh climate of the Chilean desert where it was found.

From there, though, things got murky.

Ata’s remarkably tiny size would suggest that she was a stillborn or a fetus, but bones in the skeleton’s hands — a body part commonly analyzed to estimate age — more closely resembled that of a 6- to 8-year-old child, Butte says. Genome sequencing also revealed a number of defects having to do with bone development and growth, some known and some novel, Butte adds.

Despite the apparent age of the bones, “the severity of the other malformations — the head, the abnormal number of ribs, all of that — made us think that the child might not have lived very long or was never born,” Butte says. “That’s the guess. But it’s only a guess.”

These unanswered questions are exactly what makes the project interesting, Butte says, adding that the complexity of the analysis has encouraged him to look beyond the obvious, even when it comes to more conventional cases.

“In medicine we like to say the simplest explanation is probably the right one. But sometimes there is a complicated explanation,” Butte says. “This story started with people thinking this was an alien. Look how much detail we can figure out about this girl now, just from the DNA. It’s really interesting what you can learn.” 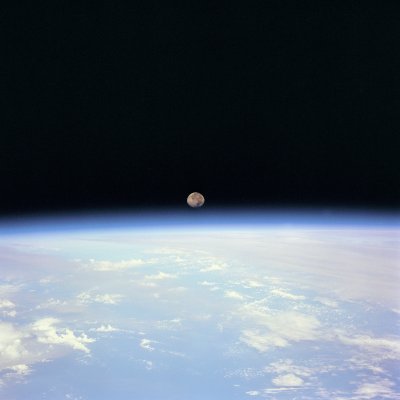 A Chinese Space Lab is Going to Fall to Earth — And Nobody Knows Where It Will Land
Next Up: Editor's Pick