The actor and Saturday Night Live veteran makes his directorial debut with the dark comedy series Barry (debuting March 25 on HBO), co-created by Alec Berg. Hader stars as a dejected assassin who follows a mark to an acting class and decides to make a career pivot.

How do you find the humor in a story about a depressed hit man?

Alec and I both come out of comedy, so we can’t help but not take certain things too seriously. Barry goes to meet with Chechen mobsters, and I don’t like when there are just bad guys–everyone has their reasons–so we opened those characters more. It turned into, “Oh, what if the mobster’s henchman was kind of like a guy from the Apple Genius Bar?”

How are Barry’s two roles — assassin and actor — connected?

As a hit man you have to be in the shadows and anonymous and emotionally dead inside, but to be an actor you have to live in the spotlight and be known and totally accessing your emotions all the time. The more we explored it, the more the idea held water. The hit man world and being an actor is similar in the sense that you’re traveling a lot, you’re living out of a suitcase, and as exciting as it all is it’s actually a lot of time alone in a city you don’t know and a lot of waiting around.

What would you say to people concerned about depicting gun violence?

Our show does not glorify it. It shows it for what it is: brutal and sad. One of my favorite parts is when [a dead character’s] dad shows up and Barry’s like, “Oh, right, these people have families that love them.” If Barry’s purpose is to get out of that world, that world should be awful.

Is directing your big dream?

That was the thing I moved to Los Angeles to do– be a director and writer–and I kind of fell into acting and performing. A lot of directing is making people feel secure in what they’re doing–and if it’s not working, being honest. It always sucks when a director is telling you, “That’s great!” when you know it was terrible.

You were famously anxious on SNL–are you still?

It’s there the minute you walk into 30 Rock. There’s no second take, so if you screw up a joke, that’s it. And I’ve done that–a lot.

You’re known for your skill with impressions. Is there anyone you’ve tried to do but can’t get?

There’s a ton where I’d say, “Oh, put me in as someone else.” I’m known for impressions but I can really only do a handful of people. I can never do Christopher Walken — a lot of people can, but I can never figure him out. And Jeff Goldblum. It’s harder to find the handle on more modern-day actors, the thing you can grab on to and exploit in an impersonation. I remember one time — and nothing against him — but I had to do an impression of Robert Pattinson, and I was like, “Well, it’s more of just a look and a British accent.” It wasn’t like doing Cary Grant. These were the problems we had at SNL.

Why don’t you use social media?

I’m semifamous and on talk shows, so I don’t know what social media would be good for, and I like a certain degree of privacy. Right before I was about to go on Twitter [for Trainwreck], my publicist said, “I kind of don’t like you on Twitter. Do you want to be doing this?” I said no, and he said don’t do it.

I don’t know–I don’t go out to clubs. I’m not taking the bait. But I appreciate the effort. 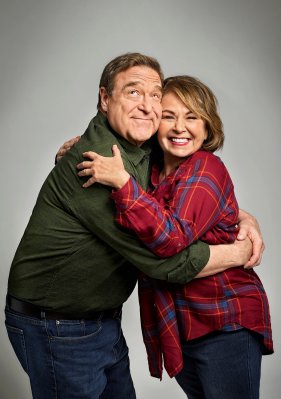 In the Roseanne Revival, the Political Becomes the Personal
Next Up: Editor's Pick