Movies that were a lot of work to make shouldn’t be a lot of work to watch. But Wes Anderson’s ambitious yet faltering stop-motion adventure Isle of Dogs sentences us to hard labor every minute: not a moment goes by when we’re not reminded how much cleverness, how much painstaking planning, how much meticulous manipulation went into this doggo-dystopia fable set in Japan some 20 years in the future.

In this bleak new world, Kobayashi (Kunichi Nomura), the cruel mayor of a city called Megasaki, has banished all dogs, sending them to almost certain death on remote Trash Island. A mystery ailment known as snout fever has infected the canine population, and could pose a threat to humans as well. To prove that he means business, Kobayashi makes his family’s own dog, a speckled cutie named Spots (Liev Schreiber), the first exile. Spots, it turns out, is the beloved bodyguard and best friend of a stout-hearted lad named Atari (Koyu Rankin). Atari flies to Trash Island in a stolen plane, hoping to rescue his pal. He crash-lands, and a motley crew of mutts–their voices belong to a fine group of actors including Bill Murray, Edward Norton and Bryan Cranston–befriend him warily and agree to help.

Meanwhile, back in Megasaki, a group of student activists including American exchange student Tracy Walker (Greta Gerwig), a freckled powerhouse with a blond bouffant, strive to prove that snout fever is really a government conspiracy. And by the time you’ve processed all the plot threads crisscrossing the Isle of Dogs landscape, you’re likely to be as confused as a pup who’s lost his sense of smell.

There’s no doubt that Isle of Dogs was a labor of love, and some of its visuals are terrific: the movie opens with a prologue outlining the (fictional) history of dogs in Japan, from wild things roaming free to docile house pets–the story is told partly through a series of inventive faux woodblock prints featuring canines of all shapes, sizes and colors, and my feelings about the rest of the movie notwithstanding, I’d wallpaper my whole living room with these in a heartbeat. Plus, Anderson dots the movie with witty touches: every once in a while, one of the flu-sickened dogs will offer a distracted little cough, like an asterisk–it’s a funny, charming effect.

But Isle of Dogs is so packed with detail that the terrific ones barely stand out. Its dog characters are well-designed–they have wiry, dusty coats and expressive heart-shaped noses–but its human characters, with their waxy skin and glassy eyes, are off-putting. And while you can sense some political undertones whirring beneath the surface, Anderson fails to bring them into focus. It’s all too bad: Anderson’s 2009 Fantastic Mr. Fox isn’t just one of the finest stop-motion-animation movies ever made, but also a glorious film, period. Isle of Dogs, on the other hand, buckles under the weight of its own finicky whimsy. By the end, you might feel exhausted, like a border collie who’s worn a circular groove in the carpet. And you didn’t even make the movie–you only watched it. 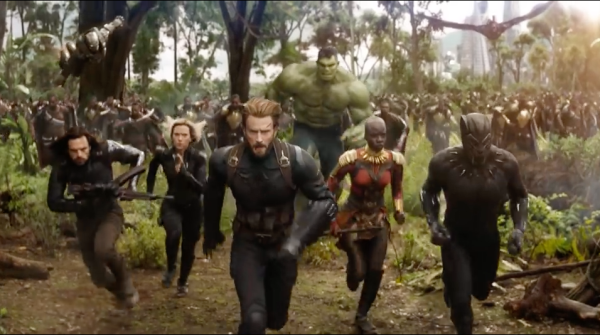