Facebook founder and CEO Mark Zuckerberg has finally addressed the growing crisis confronting his company over how Cambridge Analytica allegedly used data collected from 50 million users without their direct consent in its work for Donald Trump’s presidential campaign. After days of silence, Zuckerberg on Wednesday outlined steps he said would protect users’ information in the future.

“We have a responsibility to protect your data, and if we can’t then we don’t deserve to serve you,” Zuckerberg said Wednesday in a lengthy Facebook post. “I’ve been working to understand exactly what happened and how to make sure this doesn’t happen again. The good news is that the most important actions to prevent this from happening again today we have already taken years ago. But we also made mistakes, there’s more to do, and we need to step up and do it.”

Facebook is planning to investigate all apps that have had access to users’ data prior to a change the company made in 2014 to limit the information third-party apps could receive, Zuckerberg said. Apps that do not agree to the audit will be banned, and Facebook will alert any users that may have had their information misused. The social media site is also planning to further limit the data that apps currently have access to and remove data access to apps a user hasn’t used in three months. Lastly, Facebook will be adding a tool that will help people understand what apps have access to their information and provide an easy way to revoke that access.

Facebook’s privacy crisis was brought to light after it was revealed that Cambridge Analytica had gained access to user data provided to a Facebook app “thisisyourdigitallife,” created by Cambridge University researcher Aleksandr Kogan. Kogan’s sharing of that information with Cambridge Analytica, a group that claimed to have helped get Trump elected, was a violation of Facebook’s terms of service. The app was downloaded by approximately 300,000 people after it was first created in 2013, according to Zuckerberg. Cambridge Analytica was able to leverage Kogan’s app to get data from 50 million users because thisisyourdigitallife didn’t just access the data of users that downloaded that app, it also grabbed data from users on their friends list.

Lawmakers in the United States have called on Zuckerberg to testify on Capitol Hill, and in Britain a parliamentary committee summoned him to answer questions on the matter.

Cambridge Analytica reportedly used the information from millions of Facebook users to better target and influence potential voters to support Trump. The company responded to the scandal in a statement denying that the data was used to influence the election. Cambridge Analytica added that all users’ data was deleted after the company learned it was in violation of Facebook’s terms of service. However, the company’s CEO Alexander Nix has been suspended pending an investigation.

Zuckerberg also provided a timeline for the events surrounding the Cambridge Analytica scandal. 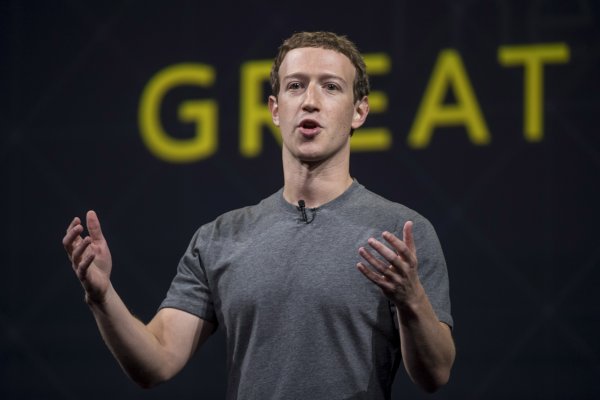