This Compound Can Reverse Aging in Mice. Will It Work in People?

Mice are by no means men — but the results of a new mouse study are still encouraging for man’s search for longer life.

In a study published in the journal Cell, researchers report that they found a molecule that essentially reactivates faltering blood flow in aging mice. Compromised blood flow is a major component of aging, since it deprives tissues and organs, including the brain, of the essential nutrients and oxygen they need to function.

“Loss of blood flow seems to be one of the early things that leads to diseases of aging,” says David Sinclair, the study’s senior author and co-director of the Paul F. Glenn center for the biology of aging at Harvard Medical School. “As organs like the brain and muscles lose their [blood] perfusion, they no longer function effectively.”

In the study, Sinclair and his colleagues found a way to restore that blood flow in aging mice. They provided elderly mice with a molecule called nicotinamide mononucleotide (NMN), which is then made into another compound that promotes the formation of tiny blood vessels in cells that line the muscle, as well as other organs. The mice given NMN increased their treadmill run time by 60% compared to animals that didn’t get the molecule, and they doubled their exercise endurance — to levels that matched or even exceeded that of younger mice.

What NMN does, Sinclair says, is provide the same benefits in improving blood flow that exercise does by promoting a family of molecules called sirtuins. “Here we have the potential of having a pill give the benefits of basically running for 10 miles a day without having to do that,” he says. That can be especially important for older people who are physically unable to exercise as much as they should. “It’s not just about trying to replace exercise when you are middle-aged, but giving you the benefits of exercise when you are too old to be able to do it.”

Sinclair anticipates that improved blood flow could be important in helping not just aging tissues and organs, but speeding healing of wounds, particularly for people with diabetes who often lose fingers and toes as their circulation falters.

MORE: Is An Anti-Aging Pill On The Horizon?

There is also the possibility that the finding could be used not just to improve circulation in older people or those with blood flow problems, but to enhance blood flow for elite athletes. Improving the pumping of blood to muscles could give athletes an advantage in being able to train longer and outperform their rivals.

In a small early trial at Brigham and Women’s Hospital, Sinclair is already testing how the molecule works in people. Although it is currently available to purchase as a supplement, he wants to scientifically test NMN’s effect on aging. Previous so-called “anti-aging” compounds have not proved as effective in people as they have in animals.

But Sinclair is confident enough in its benefits for aging that he is taking NMN himself. So far, it appears to be relatively safe and does not lead to out-of-control growth of blood vessels that other agents have, but further studies are necessary to confirm its safety and efficacy. Sinclair plans to test NMN’s effects first in otherwise healthy elderly people, to see if it causes the same improvements in blood flow that he and his colleagues saw in animals. 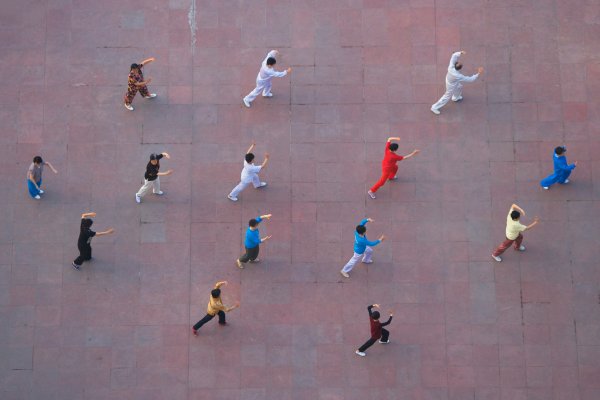 Why Tai Chi Works So Well For Pain Relief
Next Up: Editor's Pick