Amazon Might Take Advantage of Toys ‘R’ Us Store Closures

Amazon.com Inc. has looked at the possibility of expanding its retail footprint by acquiring some locations from bankrupt Toys “R” Us Inc., according to people with knowledge of the situation.

The online giant isn’t interested in maintaining the Toys “R” Us brand, but has considered using the soon-to-be-vacant spaces for its own purposes, said the people, who asked not to be identified because the talks are private.

Such a move would let Amazon quickly expand its brick-and-mortar presence, coming on the heels of buying Whole Foods Market Inc. and its more than 450 locations last year. The Seattle-based company also has opened its own line of bookstores and a convenience-store concept.

Representatives for Amazon and Toys “R” Us declined to comment.

Additional stores would give Amazon space to showcase its popular Echo line of devices, which run on the Alexa voice-activated platform. Amazon sees voice as the next interface for people to access technology — supplanting computer mouses and touch screens — and the benefits may be easier to demonstrate in a real-world setting.

A bigger network of stores would put inventory closer to where shoppers live, potentially enabling quick delivery to e-commerce customers. The space could also serve as a staging ground for grocery delivery from Whole Foods stores. Amazon is already planning to roll out free two-hour service to Whole Foods customers in four cities, including Dallas and Cincinnati.

Still, the company is under little pressure to hammer out a deal and deliberations may lead nowhere. In 2015, Amazon held discussions about acquiring some RadioShack locations around the time of the electronics retailer’s bankruptcy filing, people familiar with the matter said. Nothing came of those talks.

Toys “R” Us, meanwhile, may live on in some form. The company, which filed for bankruptcy in September, announced plans to shut down its U.S. operations last week. But its Canadian unit is up for sale, along with its operations around the world. The division in the U.K. is currently being wound down.

Toys “R” Us has been holding out hope that an entity will buy the Canadian unit, which was in better shape financially than the U.S. business. A buyer could potentially still operate some U.S. stores from a Canadian base. The company has begun liquidating its more than 700 U.S. locations, but is holding off at its 200 best stores for the next few weeks.

An investment group led by Isaac Larian, the founder of toymaker MGA Entertainment Inc., has submitted a bid to acquire the Canadian business. Larian has said that his group is also doing due diligence on the U.S. stores, and hopes to keep some of them open. 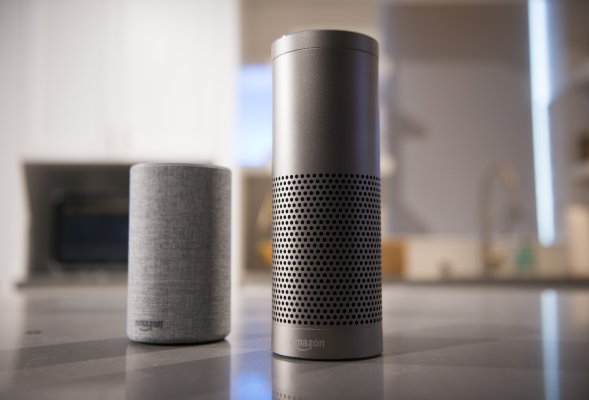 Amazon Admitted Alexa Has Been Laughing at People
Next Up: Editor's Pick