A series of small-scale bombings over the last 18 days have left the city of Austin, Texas, on edge as police and federal investigators search for answers.

The attacks, which appear to be related, started on March 2, when a a package exploded on 39-year-old Anthony Stephan House’s front porch, killing him.

At first, the attack was believed to been an isolated incident, perhaps related to a drug raid that officers had conducted on a house down the street, the Washington Post reported.

Then, on the morning of March 12, 17-year-old Draylen Mason died and his mother was injured in another package explosion. A few hours later and a couple of miles away, a similar bomb injured 75-year-old Esperanza Herrera.

Since Sunday March 18, two additional explosions have rocked the community. Two young men stumbled upon a tripwire attached to a metal sign near a hiking trail in the tony neighborhood of Travis Country, injuring themselves and raising more questions about the style and motive of the bomber or bombers.

A package that was apparently dispatched from Austin exploded on a conveyor belt at a FedEx facility just outside of San Antonio in the wee hours of March 20, injuring at least one employee. According to the New York Times, a second suspicious package was discovered at the same FedEx facility where Tuesday’s bombing occurred, though investigators said an “incendiary device” which burned a worker at an Austin Goodwill appears to be unrelated.

Each incident has raised more questions than answers, but investigators believe that the bombings are related.

Loose connections appeared to bind the first four victims, all of whom were people of color. Two, House and Mason, were connected to prominent families in the African-American community in Austin, leading to questions about whether the bombings were acts of hatred. Local officials told reporters on March 18 that they believed the bombings were meant to “send a message,” though exactly what that message is remains unclear.

Still, over 350 federal officials have descended on the area and partnered with local enforcement to try to make sense of it all. After days of silence, President Donald Trump weighed in on Tuesday, calling the spate of bombings “absolutely disgraceful,” though the White House stopped short of decrying the incidents as acts of terrorism as many have called for.

Little has been disclosed about the makeup of the devices, but Manley told local lawmakers on Tuesday that similar components have been recovered from each of the bombs; fragments have been shipped off to Quantico, Va., for further testing, according to the Austin American-Statesman. And after the tripwire explosion on March 18, officers said whoever they are dealing with has displayed a level of expertise they didn’t initially expect.

“The game went up a little bit — well, it went up a lot yesterday with the tripwire,” Christopher Combs, the FBI agent in charge of the San Antonio division, told the Associated Press.

In the meantime, officials are working within the community to try to get a sense of any motive and prevent further attacks. A $115,000 reward has been issued for information on the bombings. Officials have also asked residents to be vigilant for both themselves and their neighbors by being wary of packages and reporting any and all suspicious activity.

Nelson Linder, who serves as the president of Austin’s chapter of the NAACP, has been warning residents to be sure to keep their kids away from the mail.

“Our community is very concerned,” he tells TIME. Between 8a.m. on March 12 and 8a.m. on March 20, police fielded 1,257 suspicious package calls from worried citizens.

“Godspeed on this,” Austin Mayor Steve Adler told the police chief at a city council working session Tuesday morning. “Find out who is responsible for this and help make it stop.” 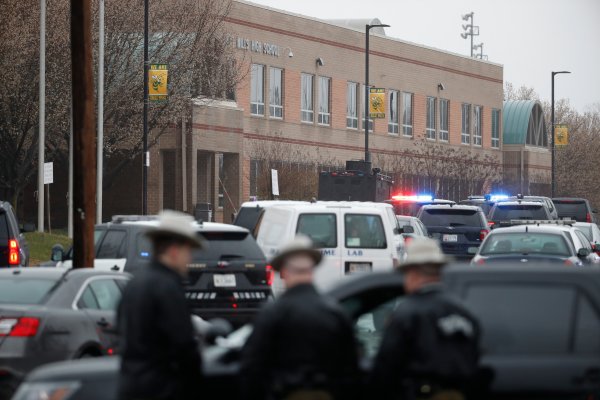