In the interview published on Tuesday, Quinn, who identifies as a lesbian, referred to Nixon as an “unqualified lesbian” and hammered the actress for not supporting her mayoral run. (Nixon supported now-Mayor Bill de Blasio.)

On Tuesday afternoon, however, Quinn apologized in a series of tweets. A spokesperson for Quinn also sent TIME the following statement:

Nixon announced her candidacy on Monday, and will challenge Gov. Cuomo, who is running for his third term, in the Democratic primary. The actress best known for her role as Miranda Hobbes in HBO’s Sex and the City has never held political office, though she has been politically active on the issues of public education, LGBT rights, and women’s health. In interviews, Nixon has identified herself as bisexual.

Quinn, who was Speaker from January 2006 to December 2013 and ran for mayor in 2013, praised the actress for her political activism for progressive causes, but hit Nixon for lacking political experience.

In 2014, Quinn stumped for Cuomo to make the Women’s Equality Party an official New York state political party. In 2015, Quinn was named a special adviser to Gov. Cuomo.

Nixon, who is running on a progressive platform, responded telling the Post, “It’s time for an outsider. I’m not an Albany insider.”

TIME reached out to Nixon’s campaign. 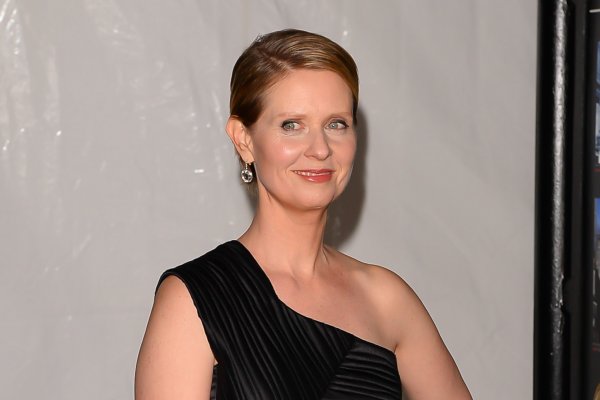 Here's What You Need to Know About Cynthia Nixon's History of Political Activism
Next Up: Editor's Pick