Not All of President Trump's Firings Are Created Equal

President Donald Trump’s firings keep making the news, but not all of them are created equal.

The firings have even led online prediction markets to begin forecasting which member of the Trump Administration will leave next.

But the staff departures — including both firings and resignations — have very different reasons behind them.

A certain amount of White House churn is inevitable due to the high-stress environment staffers face. The departures of Press Secretary Sean Spicer, White House Chief of Staff Reince Priebus and Communications Director Hope Hicks are the kinds of things that would be commonplace in another administration.

Some members of the Trump White House have left or been forced out because they disagree on policy. Deputy Attorney General Sally Yates was fired for refusing to defend the first version of the travel ban. Economic advisor Gary Cohn resigned over Trump’s plan to implement steel and aluminum tariffs. And Tillerson was fired after clashing with Trump too many times.

Other staffers have left under a cloud of scandal.

Health and Human Services Secretary Tom Price resigned amid criticism of his extensive use of taxpayer-funded charter flights. CDC Director Brenda Fitzgerald resigned after reports she had traded in tobacco stocks while leading the agency. And staff secretary Rob Porter resigned after accusations of domestic violence surfaced.

In some cases, the firing itself has become a scandal.

Trump’s decision to fire FBI Director James Comey started a series of events that led to the appointment of a special counsel, and the firing of McCabe just before his scheduled retirement has raised questions about the president’s involvement.

For his part, Trump appears to be untroubled by the staff turnover, saying recently that he views a certain amount of conflict to be helpful as he makes decisions and that he can find replacements because “everybody wants to work in the White House.”

“They all want a piece of that Oval Office, they want a piece of the West Wing,” he said. “It’s tough. I like conflict, I like having two people with different points of view, and I certainly have that. And then I make a decision. But I like watching it, I like seeing it, and I think it’s the best way to go.” 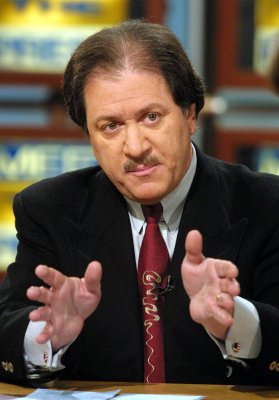 Donald Trump's New Lawyer Once Argued Presidents Can Be Indicted
Next Up: Editor's Pick