Mercury Is Entering Retrograde Again. This Is Why So Many People Care

When the planet Mercury enters apparent retrograde motion, that marks the beginning of a span of misfortune down on Earth. At least, that is, according to proponents of astrology, who have made the phrase “Mercury in retrograde” (or the more grammatically correct “Mercury retrograde”) an increasingly buzzy one over the past few years.

Retrograde motion is when a planet appears, when observed from Earth, to reverse direction. This happens due to an optical illusion caused by differences in orbit. In the realm of astrology, retrograde motion has negative connotations. Because Mercury is the planet said to rule communication, those who are astrologically inclined expect frequent misunderstandings, scheduling problems and disagreements with friends during this period. Since Mercury is the fastest planet in our solar system, it enters apparent retrograde motion between three and four times a year, for about three weeks at a time. The frequency makes it an ideal scapegoat for any sort of misfortune, so much so that there is a whole website devoted to the question of whether today is one of those days — the aptly named www.ismercuryinretrograde.com — that one can visit to seek validation on a particularly bad day.

Retrograde motion is not new to astrology or astronomy. In fact, it was one of the earliest mysteries that confounded ancient stargazers. Yet, public interest in the subject is experiencing a relatively new boom, as evidenced by Google queries for the question “is Mercury in retrograde,” which has seen considerable viral growth since 2009.

So, what exactly is the reason for this newfound popularity?

Astrology is quite popular among young Americans, with more than half of 18-24-year-olds believing that it is a science, according to a National Science Foundation poll conducted in 2014. But, while some scientific studies may appear to be linked to astrology — for example, a recent study showed the demonstrated effects of birth season on personality — there are no scientific studies showing that who a person is has anything to do with their natal chart. Yet as evidenced by the plethora of memes, apps and horoscopes found across the web, astrology is a cultural mainstay for the internet age, regardless of whether it is “real” or not.

But, while many have jumped to label the astrology boom as another millennial trend, that may not actually be the case. According to Nicholas Campion, a historian of cultural astrology at the University of Wales who spoke with TIME, it is difficult to say whether fascination with star signs is any more prevalent than it has been in the past, since studies on the popularity of astrology weren’t conducted until recent years. While those numbers will never be known, looking at the history of popular astrology, changes in technology have a significant influence on how people engage with astrological insight.

Although humans have been attempting to divine meaning from planetary movement since ancient times, sun sign astrology — the type of astrology most people in the West are familiar with today — got its start in the 1930s. The earliest horoscope that offered insight based on a reader’s birthday was published in the British newspaper, the Sunday Express, in 1930 by astrologer R.H. Naylor. However, it was a magazine called American Astrology that published the first 12-paragraph horoscope explicitly tying birth date to signs in the zodiac. Before then, almanacs were the chosen way for people to get premonitory knowledge, but not with the same degree of personalization. According to Campion, the language of identifying as a particular sign really began in the 1930s.

The appeal of personalized fortune-telling that was readily available to the public became a continual phenomenon throughout the rest of the century. Encouraged by their ability to drive sales, more and more publications started running horoscopes, including The Boston Globe, the Los Angeles Times and numerous tabloid publications.

In the 1960s, interest in astrology was again heightened by the release of Linda Goodman’s Sun Signs, a best-seller that expanded on the notion of identifying with a particular sign. The book contained long passages describing romantic compatibility, how each figure in the zodiac handles money, and how to interact with employers based on their signs. Horoscopes experienced another resurgence in the ’80s, when newspapers created call lines that allowed people to phone in to receive personalized horoscopes.

The inauspicious connotations of Mercury retrograde are actually quite old, evidenced in an ancient branch of astrology known as horary astrology. A person would pose a question, and an astrologer would determine an answer by consulting an astrological chart for the moment the question was asked. If Mercury were in retrograde, it would elicit a negative response. “A typical phrase that was used in relation to horary questions during mercury retrograde was ‘nothing will come of it,’ [meaning that] nothing will come of the question asked,” Campion says.

In the 1980s, Campion noticed a trend to revive and adapt older forms of astrology, and through that, the once specific meaning of Mercury retrograde became more broad. “People started to apply it to everything,” he adds.

Now, decades later, just as newspapers and call lines previously changed how people interacted with popular astrology, the Internet has made it possible for people to readily access more complex astronomical data.

In the past, the average person would have to be a diligent amateur astronomer in order to observe retrograde motion. Now, all it requires is a quick web search. This is also why people are more familiar with their “rising signs,” which are based on time of birth and geographic location. What used to require a consultation with astrologer can now be easily found out by an online calculator. And it’s likely no coincidence that the increased awareness of astrology starting around 2009 corresponds to the social media boom that year, as Facebook and Twitter became key sources for news. It was only a matter of time until articles about Mercury retrograde began to circulate, and the Internet’s favorite excuse for when things go wrong was born. As history has shown, when journalism changes, astrology does too. 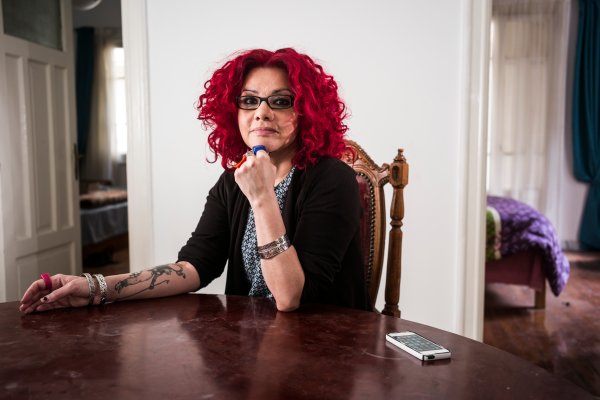