A package that exploded just after midnight on Tuesday at a FedEx distribution center in Schertz, Texas, is likely connected to the four recent package bombs in Austin, federal agents say.

The San Antonio Texas Fire Department said the package explosion injured one FedEx employee, who suffered a non-threatening “percussion-type” injury, the Associated Press reports. FBI agents say that the bomb and the previous attacks in Austin are likely linked by a suspected serial bomber.

FBI San Antonio spokeswoman Michelle Lee told CNN that based on preliminary reports, the latest bombing was connected to the first four attacks.

“We suspect it is related to our investigation,” Lee said.

“The Austin Police Department is aware of the incident that has occurred in Schertz, Texas, and is working closely on the investigation with our federal partners,” he tweeted.

“I want to continue to remind our community to pay close attention to any suspicious device whether it be a package, a bag, a backpack or anything that looks out of place, do not approach it,” he added.

Two people have died so far as a result of the bombings, while five have now been injured, including the FedEx employee. 39-year-old Anthony House died on March 2, while 17-year-old Draylen Mason died on March 12. The first bomb in the series took place on March 2, followed by two more bombings on March 12 and another on March 18, which seriously injured two.

Authorities have yet to identify a suspect in the Austin bombings. 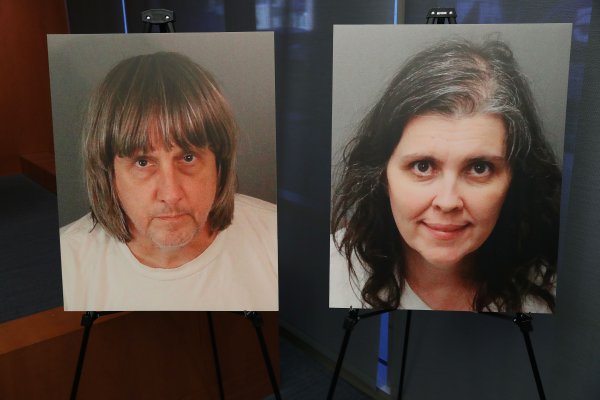 7 House of Horrors Siblings Are Out of the Hospital and Enjoying Freedom, Their Lawyer Reveals
Next Up: Editor's Pick