Cynthia Nixon, an activist and actress best known for her role as Miranda Hobbes in HBO’s Sex in the City, announced on Monday that she is running for governor of New York.

She’ll be challenging incumbent Gov. Andrew Cuomo, who is seeking his third term, in the Democratic primary. The New York Times calls it a “huge undertaking,” given Cuomo’s political experience, his family legacy (his father Mario Cuomo was a three-term governor of New York), and his campaign war-chest of over $30 million.

While in some ways Nixon is a political neophyte — she has never run for, or held office before — the actress has been politically active on specific issues, including education, LGBT rights, and women’s rights for years.

Here’s what you need to know about Cynthia Nixon.

Beyond Miranda Hobbes: Who is Cynthia Nixon?

As she states in her ad, Cynthia Nixon was born in New York and raised in the Upper West Side with her mother. She attended Hunter College High School and then went to Barnard College of Columbia University. She began acting at age 12, and has acted on Broadway, on television, and in film. And has the EGT of an EGOT (Emmy, Grammy, Oscar, Tony). Nixon is also a breast cancer survivor.

Nixon has had serious relationships with both men and women, and in interviews has identified as bisexual. “I don’t pull out the ‘bisexual’ word because nobody likes the bisexuals,” she said in an interview in 2012. “Everybody likes to dump on the bisexuals.”

She was in a relationship with David Mozes from 1988 to 2003, and the couple have two children Samantha and Charles. She is currently married to political activist Christine Marinoni, and the two have a child named Max. Marinoni recently resigned from her role in as an adviser to the New York City Department of Education in Mayor Bill de Blasio’s administration.

According to an interview she did with the Daily Beast in 2012, Nixon is not related to former President Richard Nixon — “at least that I know of,” she said.

“It was unpleasant to grow up with that name, especially after I discovered my family hated him so much,” Nixon said. “When I was little and didn’t know anything more about him other than he was the president, I liked sharing the name.”

What about Cynthia Nixon’s politics?

She first made national headlines in politics when she became involved in the 2011 campaign to legalize same-same marriage in New York. During that campaign, she lobbied state lawmakers in Albany.

She has been honored for for LGBT visibility by GLAAD and the Human Rights Campaign. (Though she did come under fire at one point for referring to her sexuality as a “choice.”)

Both Nixon and her kids attended or attend New York City public schools. She is a spokesperson for the Alliance for Quality Education, and was recently outspoken against Gov. Cuomo’s recent proposed education budget

“Governor Cuomo had a chance today to put the next generation of New Yorkers first,” she said in a January 2018 AQE statement. “Instead, he proposed yet another budget that will keep New York at the bottom of the barrel when it comes to educational equity and justice. Governor Cuomo claims he has provided record increases in education funding, but in reality, he has created a record spending gap between the wealthiest and poorest school districts.”

In a 2006 profile in New York Magazine, Nixon was already known for her support of public schools and for taking public transportation.

Nixon has also been an advocate for women’s health care — both in her work on breast cancer awareness and reproductive rights. She has worked with Planned Parenthood, and in 2016 wrote an essay for TIME about her mother’s abortion and a woman’s right to choose. 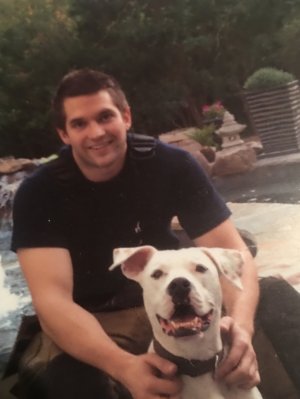 Dallas Firefighter Is Among the 5 Killed in N.Y.C. Helicopter Crash
Next Up: Editor's Pick