Researchers reported encouraging results for a stem cell transplant for multiple sclerosis (MS) that some doctors and patients hope will be a breakthrough for MS treatment.

In a presentation at the European Society for Bone and Marrow Transplantation held in Lisbon, Portugal, scientists said that people with certain forms of MS showed fewer relapses after receiving a stem cell transplant for MS than those who received other treatments.

The study involved 110 people with relapsing multiple sclerosis, a condition in which cells in the immune system start to inexplicably attack the critical covering that protects nerve cells in the spinal cord, brain and eye. Without the coating, nerves gradually lose their ability to send important electrical messages that control things like movement and vision. In the study, people were randomly assigned to receive current treatments for the disease, which can help slow the progression of the immune-driven damage to the nerve cells, or a stem cell transplant.

People in the stem cell transplant group received chemotherapy to wipe out most of their current immune cells that were wrongly attacking neurons. They then took special medications to coax their stem cells, which produce the entire population of immune cells, out of the bone marrow and into the blood to start churning out new immune cells. After approximately three years, about 6% of the stem cell group experienced relapses, while 60% of the people in the control group receiving standard treatment relapsed.

It’s not clear why the immune system in people with MS starts attacking its own nerve cells. But the idea of rebooting the immune system with healthy cells is one that is proving very effective in other fields as well. In cancer, the Food and Drug Administration (FDA) approved a similar strategy in which the immune cells causing certain leukemias are destroyed and replaced with genetically engineered cells that now recognize and can destroy cancer cells.

In the case of MS, studies show that when the immune system is rebooted later with stem cell transplants, the immune cells generally don’t launch the same misguided assault on nerves. Some research suggests that genes, combined with exposures to environmental agents ranging from pollutants to chemicals in the diet, for example, could misdirect the immune cells to destroy neurons. Re-setting the system in people who develop the disease might erase those effects and give those with MS a chance at slowing or even beating their disease.

The results are still preliminary and were not published in a journal where other experts could analyze the data and vet the results. But the study is the first to rigorously test the stem cell transplant for MS. “The trick is going to be to determine where in the landscape of treatments we have now for MS that this is going to be appropriate to use, and who is the best candidate for this treatment,” says Bruce Bebo, executive vice president of research for the National MS Society.

The transplants are also expensive, and people who need them would likely have to go to a specialized center and work with a team of transplant and neurology experts who are familiar with the technique.

Bebo also notes that the trial involved people with relapsing MS, so it’s not clear whether those with progressive MS — which accounts for about half of people currently living with the disease, according to the National MS Society — might benefit. While about 80% to 85% of people first diagnosed with MS are diagnosed with the relapsing form, that can evolve into progressive MS over time. If the stem cell transplant results are confirmed, that could mean more people might be able to control their disease if they are treated early enough, before it becomes progressive and harder to treat. “That’s the hope and the promise,” says Bebo. 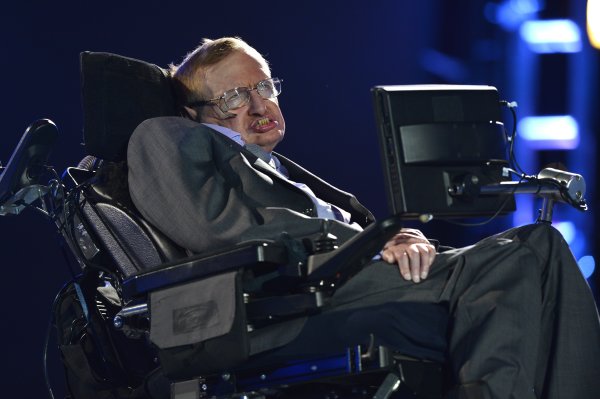 Stephen Hawking May Have Been the Longest-Living ALS Survivor. Here’s What We Know
Next Up: Editor's Pick