Courtesy of Nike
By Samantha Cooney

In the 1980s, Nike helped launch “sneaker culture” with the release of Michael Jordan’s Air Jordans. “Sneakerheads,” people who collect and obsess over kicks, were born and today help fuel a $1 billion sneaker resale market. But women have been historically left out. The athletic brand is hoping to fix that with Unlaced, a curated destination for female sneaker lovers that will launch online on March 27 and in stores later this year.

“Part of the issue with a majority of classic shoes within sneaker culture is that they have historically been available only in men’s sizes. So it was hard for female ‘sneakerheads’ to participate,” says Elizabeth Semmelhack, the senior curator at Toronto’s Bata Shoe Museum and the author of Out of the Box: The Rise of Sneaker Culture. “Fantastically important female athletes, like Serena Williams, deserve to be at the pinnacle of sneaker culture. But they’re not. And I think that’s reflective of our discomfort with athleticism in relation to female desirability.”

Now, several brands are trying to change that — arguably none bigger than Nike, however, who must act quickly or face losing customers who are increasingly being presented with more activewear and athletic footwear options than ever. Unlaced will be a “fantasy sneaker destination for women,” says Amy Montagne, the Vice President and General Manager of Nike Women.

Unlaced was unveiled during last month’s Paris Fashion Week and will offer unisex sizing on some of Nike’s most famous sneakers (like Air Jordans and Air Force 1s). Influencers like i-D fashion editor Julia Sarr-Jamois will curate the products that run both online and stores, and the brand has worked with female designers to redesign some of its classic trainers.

“Women have always loved sneakers. And now, we’re seeing from sport to street, female sneaker culture really is accelerating worldwide,” Montagne says. “We’re removing some of the barriers for women.”

But why did it take so long for big brands like Nike to pay attention to female sneaker heads? Montagne, who joined the company in 2005 and took control over the women’s business in 2014, says the brand has always serviced female athletes, but wanted to offer more options for sneakers as style items. In recent years, sneakers have been featured on high-fashion runways, most notably with French brand Céline’s Air Force 1-inspired shoes. In 2014, Rihanna was named creative director for Puma, designing sportswear and sneakers for women.

“We have seen, especially over the past couple years, how women have really been fueling and leading this overall sports and fitness lifestyle,” Montagne says. “We have always been watching that, and Nike Unlaced came together truly as that amazing opportunity to deliver — at last — that destination for women for sneakers… To us, it was a natural transition as we were listening to female customers around the world.”

Montagne says Unlaced is part of Nike’s overall strategy to grow its women’s business from $6.6 billion to $11 billion by 2020. The women’s business, which also includes its sport Hijab and plus-size athletic wear, has outpaced the growth of its men’s business in the past few years, she adds.

Unlaced arrives amid heightened attention to the inequality of women in the United States. Following Hillary Clinton’s historical presidential run in 2016 and her loss to President Trump who is frequently criticized for his treatment of women, a record number of women are running for office this year. The #MeToo movement has highlighted the pervasiveness of sexual harassment and assault against women, and removed prominent male players across various industries from their positions of power. And despite Nike’s latest effort to court women, they’re not immune to scrutiny either. On March 15, Nike confirmed it had received internal complaints of workplace misconduct. Nike did not specify the nature of the complaints or whom the complaints were against. (Montagne spoke with TIME on March 14. On March 23, a spokesperson from Nike declined to comment further.)

“Our goal isn’t to grow our market share, but grow the market altogether… What we really try to do is help expand sports by removing barriers to access and helping accelerate sport culture for women all over the globe,” Montagne says. “Everything we’re doing — Nike Unlaced included — is an example of helping doing that at a really important time.”

But Semmelhack wonders whether initiatives like Unlaced will truly help make sneaker culture become more inclusive. “Things that become feminized have historically lost their currency with the male consumer,” she says. “There have been many examples of women adopting and adapting a ‘male form of dress.’ There have not been examples of men co-opting and adopting a ‘female form’ of dress.”

Semmelhack finishes: “I think we would really be in a new moment if there were women’s shoes that men wanted to wear.” 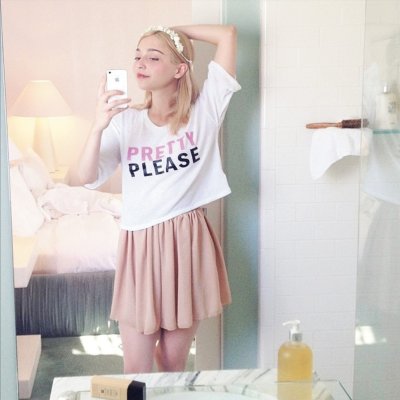 Self-Portraits Are Proof That We Have Always Loved Taking Selfies
Next Up: Editor's Pick