A former Wheaton College football player — who says he was kidnapped, beaten, sexually violated and left half-naked on a baseball field in an alleged hazing incident — filed a civil lawsuit Friday against the Illinois college and seven of his former teammates.

Charles Nagy, now 21, accused college officials and coaches of turning a blind eye to a tradition of hazing freshman players and doing nothing to prevent the alleged attack, saying the school had a “sham hazing policy that it never intended to or actually did enforce in any meaningful way.” Nagy also accused the seven former teammates of battery and false imprisonment.

“This kidnaping hazing practice was an open secret at Wheaton College, a practice well-established and long-standing within the Wheaton College football program, handed down from class to class while the head coach and other adults, aware of the practice, looked the other way in disregard of the health and safety of players,” Nagy’s attorney, Terry Ekl, said in a statement.

The alleged hazing incident occurred in March 2016, when Nagy was a freshman. According to the complaint, a group of Nagy’s then-teammates duct-taped his arms and legs, put a pillowcase over his head and carried him into a car. They pulled down his shorts and tried to insert an object into his rectum, punching Nagy when he yelled for them to stop, according to the complaint. Nagy claims they then left him half-naked on a baseball diamond and took his cell phone. Nagy — who suffered shoulder injuries and was left “emotionally and physically traumatized,” according to the suit — withdrew from the college shortly thereafter.

“We take the allegation that any member of our community has been mistreated in any way to be a matter of grave concern,” the Christian liberal arts college said in a statement. “We strongly deny that the College has allowed a permissive environment of hazing or violence, and are confident that it will not be found to have legal responsibility.”

The longstanding problem of hazing has received more national attention in the past year, after several students died in alleged hazing incidents at fraternities.

Some of the football players named in the Wheaton suit are still facing criminal charges over the incident, but all have pleaded not guilty.

An attorney representing one of the students said the incident had been “overblown and sensationalized.” “These are good young men who have been portrayed as thugs by virtue of this lawsuit,” attorney Paul DeLuca told the Chicago Tribune. “We expect and believe the evidence in the criminal case will contradict a number of the allegations.” 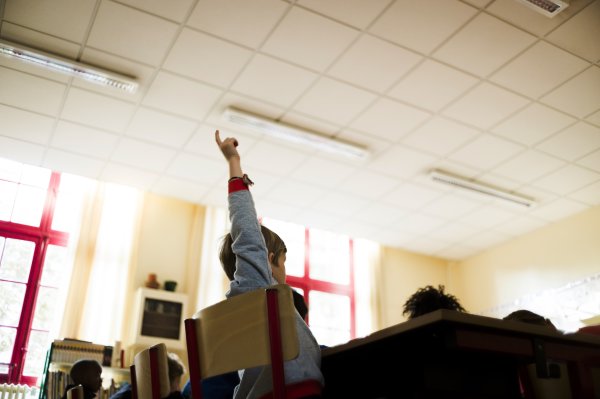 Why Dropping Out of School Could Actually Help Your Kid, According an Expert
Next Up: Editor's Pick