Meghan Markle likely has some nerves leading up to her televised wedding day, but there’s another person who might even be more anxious than the bride-to-be: her officiant. The Archbishop of Canterbury, Justin Welby, will be marrying the couple on May 19, and he’s understandably nervous about the big day—particularly because he’s had a mishap or two in the past.

“Unlike recent weddings I must not drop the ring and I must not forget to get the vows in the right order as I did at the rehearsal for one of my children’s weddings,” he joked in a new interview with ITV. Considering the fact that the royal wedding will be broadcast around the globe, the stakes are a little bit higher on this one.

But despite the attention, the Archbishop is calming his nerves by keeping his attention focused on Meghan and Harry. “You just focus on the couple. It’s their day,” he said. “At the heart of it is two people who have fallen in love with each other, who have committed their lives to each other with the most beautiful words and profound thoughts.”

Welby already has a strong relationship with the couple, having met with them a number of times leading up to their wedding day, and he was even given the “great privilege” of baptizing Markle into the Church of England earlier this month.

“It was very special. It was beautiful, sincere, and very moving,” he said of the private ceremony where he baptized the future royal. Now she’s one step closer to becoming Prince Harry’s wife. 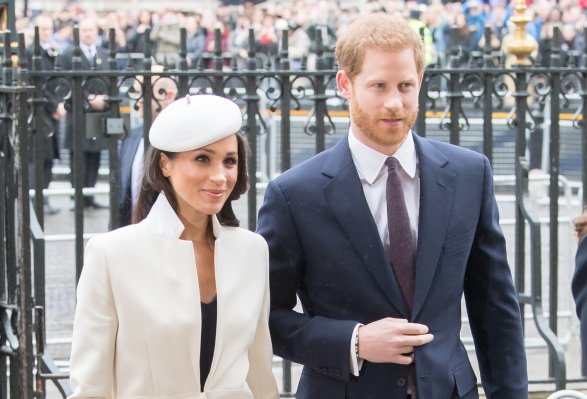 Meghan Markle's Royal Wardrobe: Here's Who Pays for It, and Why She Can't Get Free Designer Clothes
Next Up: Editor's Pick