Police Swamped With 1,200 Calls About Suspicious Packages: The Latest on the Austin Bombings

The Austin Police Department has been overwhelmed with more than 1,200 calls about possible bombs and suspicious packages since a series of bombings has terrorized Texas’ capital city since early March. Within 24 hours, beginning at 8 a.m. Monday morning through 8 a.m. Tuesday morning, the Austin PD received 420 phone calls, according to the AP.

The frenzy of activity comes after a fifth bomb exploded shortly after midnight at a FedEx distribution facility in Schertz, Texas, injuring one worker. It had been shipped from and sent to Austin, Texas, Attorney General Ken Paxton told KXAN-TV, according to the AP. It is further evidence the explosives were connected to the deadly serial bomber who has detonated four other packages in the state capital.

Police said Tuesday there was only one explosive at the FedEx facility, about 65 miles south of Austin, despite earlier reports from authorities that there had been two suspicious packages sent there.

Federal agents said earlier Tuesday that the bomb and the previous attacks in Austin are likely linked to a suspected serial bomber. FBI San Antonio spokeswoman Michelle Lee told CNN that based on preliminary reports, the latest bombing was connected to the first four attacks.

“We suspect it is related to our investigation,” Lee said.

Austin Police Chief Brian Manley took to Twitter on Tuesday to warn residents to stay away from any suspicious packages in the city, urging locals to remain “vigilant.”

“The Austin Police Department is aware of the incident that has occurred in Schertz, Texas, and is working closely on the investigation with our federal partners,” he tweeted.

“I want to continue to remind our community to pay close attention to any suspicious device whether it be a package, a bag, a backpack or anything that looks out of place, do not approach it,” he added.

Austin police have made the unusual step of appealing to the person or people responsible for the bombings to reach out and speak with authorities. So far, nobody has claimed responsibility for the attacks. The assailant’s motive remains unclear.

Here’s what we know so far about the Austin bombings.

How many Austin bombings have there been?

Five packages have exploded in the Austin areas over the last four weeks, including Tuesday’s attack. The latest bomb blast, which the FBI said appears to be related to the others, injured one FedEx employee at a facility in Schertz, roughly 60 miles from Austin. The employee suffered a non-threatening “percussion-type” injury, the Associated Press reports.

The other four attacks took place in Austin. Two people were killed and a further four injured in the Austin attacks, which occurred on March 2, March 12, and March 18.

“We are clearly dealing with what we expect to be a serial bomber at this point, based on the similarities between what is now the fourth device,” Austin Police Chief Brian Manley told reporters following the March 18 attacks.

What do we know about the Austin bombings?

The device that detonated on March 18 was more complex than the previous weapons, officials said. Police believe it may have been triggered by a tripwire or other mechanism.

“What we do understand now is that the possibility exists that this device was triggered by a different mechanism, that being a tripwire, and that is something that’s very important for this community to understand so that we can all remain safe while we work through this investigation,” said Manley.

The three previous package bombs were all left on doorsteps rather than mailed. They detonated when they were picked up or opened, according to the New York Times.

The first attack in the series occurred on March 2, while two more bombings took place on March 12. The third took place March 18. Police have said they believe the bombings are related.

Who is responsible for the Austin bombings?

Authorities have yet to identify a suspect in the Austin bombings. But FBI special agent Fred Milanowski told the Times he thinks the same person is responsible for all of the attacks.

“Every bomber that makes these leaves a signature. Obviously, once they find something successful for them, they don’t want to deviate from that because they don’t want something to blow up on them,” Milanowski said.

Chief Manley directly addressed the bomber at a recent news conference, asking the person or people to come forward and identify him or herself.

“These events in Austin have garnered worldwide attention, and we assure you that we are listening,” said Manley. “We want to understand what brought you to this point, and we want to listen to you.”

Who are the victims in the Austin bombings?

Two people have died as a result of the bombings, while five have been seriously injured, including the FedEx employee. Anthony House, 39, died on March 2, while 17-year-old Draylen Mason died on March 12.

Mason’s mother survived an explosion but sustained injuries, as did 75-year-old Esperanza Herrara, according to CNBC.

Authorities are investigating the attacks as a possible hate crime. 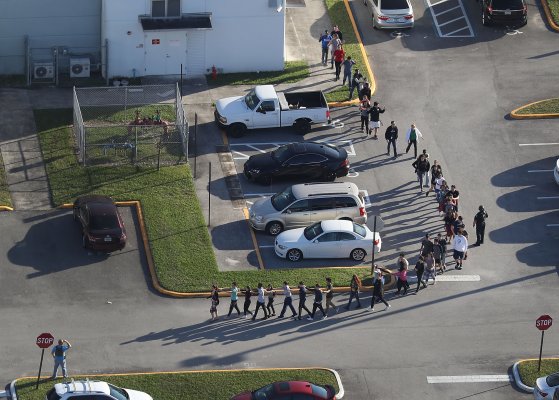