Lawmakers Weigh in on Firing of Andrew McCabe

As Trump railed against claims that McCabe kept personal memos detailing his interactions with the president, some representatives speaking on Sunday morning talk shows called for further examination into the firing of the onetime deputy director.

Attorney General Jeff Sessions fired McCabe Friday, two days before his retirement date. Sessions said he acted on the FBI’s recommendation to fire McCabe. An upcoming report from the inspector general is expected to say that McCabe was not forthcoming with information to the watchdog office as it looked into the FBI’s handling of its investigation into Hillary Clinton’s emails.

Florida Sen. Marco Rubio said he didn’t “like the way it went down,” when asked about McCabe’s firing on NBC’s Meet the Press.

“He should have been allowed to finish through the weekend,” the Republican senator said. “If that report would’ve indicated wrongdoing or something that was actionable, there are things that could’ve been done after the fact. But, you know, 48 hours to go before retirement, I would’ve certainly done it differently given the fact there’s still this report out there that hasn’t come in.”

South Carolina Sen. Lindsey Graham called for an investigation into McCabe’s firing on CNN’s State of the Union.

“I think we owe it to the average American to have a hearing in the judiciary committee where Attorney General Sessions comes forward with whatever documentation he has about the firing, and give Mr. McCabe the chance to defend himself,” Graham, who sits on the panel, said. “We need as much transparency as possible to make sure it wasn’t politically motivated.”

California Rep. Adam Schiff said the firing of McCabe fits into Trump’s pattern of dismissing those who can corroborate former FBI director James Comey on potential obstruction of justice charges in the Russia investigation.

“The president’s badgering of the attorney general, his urging that he be fired before his pension could vest, and the fact that McCabe and every other of the James Comey associates — his general counsel Baker, his Chief of Staff Rybicki, who corroborate James Comey on the issue of potential obstruction of justice — every one of them has been targeted by the administration, by the Republicans in congress,” Schiff, a Democrat, said on ABC’s This Week. “And is this because they corroborate James Comey? That’s a question we also have to answer.” 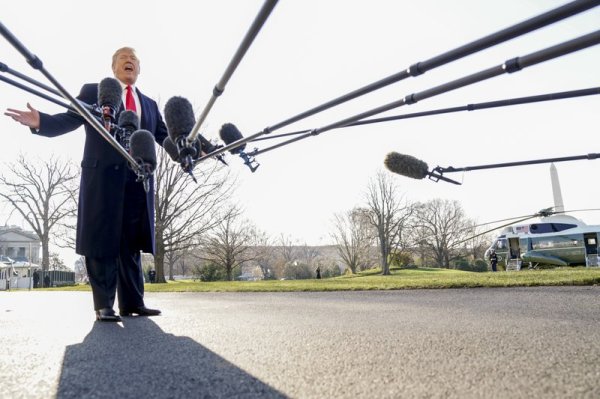 President Trump Turned White House Staffing Into a Cliffhanger
Next Up: Editor's Pick