The former high-ranking FBI official was frequently singled out by President Donald Trump on Twitter — as recently as December — for his role in the investigation into Hillary Clinton’s private email server during the 2016 election.

A 22-year veteran of the intelligence agency, McCabe has also been criticized within the agency for his role in the Clinton investigation. In particular, the inspector general found that McCabe authorized FBI officials to speak with a journalist for a story which suggested that they wanted to more actively investigate the Clinton Foundation.

McCabe was allegedly fired for authorizing leaks about the Clinton investigation and misleading internal investigators about it. But Trump’s criticism has often come from the other direction, with Trump arguing even before he became president that McCabe was too soft on Clinton in part because his wife had earlier received money from a friend of the Clinton’s when she ran for a state Senate seat in Virginia.

Fact checkers have rated Trump’s claims on the matter as false, noting that his version of events does not quite match what happened. But the recommendation from the FBI’s Office of Professional Responsibility that McCabe be fired for his role in the leak and misleading investigators about it added new fuel to the White House criticism.

On Thursday, White House spokeswoman Sarah Huckabee Sanders criticized McCabe but stopped short of recommending he be fired, saying that decision was up to Attorney General Jeff Sessions.

“That’s a determination that we would leave up to Attorney General Sessions,” she said. “But we do think it is well documented that he has had some very troubling behavior and by most accounts a bad actor and should have some cause for concern.”

In an interview with the New York Times Friday night, McCabe disputed the stated reason for his dismissal, arguing that it was instead aimed at hurting his ability to testify in special counsel Robert Mueller’s investigation of Russian meddling in the 2016 election.

And in a statement released to the media, he pushed back against Trump, arguing that his tweets have “amplified and exacerbated” the “false, defamatory and degrading” allegations made against his family.

“All along we have said nothing, never wanting to distract from the mission of the FBI by addressing the lie told and repeated about us,” the statement read. “No more.” 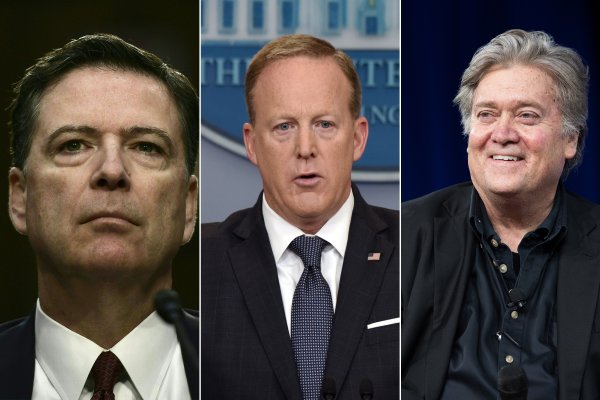 Where Are They Now? A Guide to Former Trump Staffers
Next Up: Editor's Pick