Why 'Android TV' and Chromecast Should Coexist

Over the weekend, The Verge published a glimpse of “Android TV,” yet another attempt by Google to sneak into the living room.

The screenshots and details aren’t confirmed, but they show a much simpler approach than Google TV, the search giant’s previous effort that didn’t get much traction. Instead of trying to fuse cable, apps and streaming websites into a single interface, as Google TV did, Android TV will focus on apps and games, tied together by recommendations and search. If The Verge’s screenshots are accurate, Android TV looks a lot like Amazon’s Fire TV, which launched last week.

There’s just one nagging issue, which The Verge alludes to toward the end of its story: Why is Google pursuing Android TV when it has the makings of a hit with Chromecast? And what should developers make of the possibility that Google will soon have two streaming platforms to build around?

I’d like to take a crack at this dilemma.

Chromecast is not meant to be a complete platform. While I find it extremely useful, as I’m always watching TV with a phone or tablet in my hands, it has limitations. You can’t control it with a dedicated remote, and the fact that there’s no interface on the TV itself eliminates the communal aspect of finding something to watch. More importantly, there’s no centralized way to search for content or get recommendations with Chromecast. All the apps you might use are stuck in silos.

So think of Chromecast’s technology as a supplement to a more traditional TV interface. The big potential for Chromecast isn’t as a $35 dongle, but as a technology that TV and set-top box makers can add to their products. “Our broader goal is for Google Cast to be established as a standard,” Google’s vice president of product management, Mario Queiroz, told GigaOM in December.

Currently, no TV or set-top manufacturers have announced Chromecast capabilities, but at least you can see the appeal: Companies such as Samsung or Sony could still build their own smart TV platforms, while offering Chromecast support as an extra feature.

It’s a different strategy compared to Google TV, which Google saw as a replacement platform for smart TVs. Google TV was meant to do for television what Android did for smartphones, giving TV makers a platform to build upon. But that idea failed because TV makers were reluctant to bet the farm on Google and give up control. With Chromecast, they don’t have to.

But as I said before, Chromecast isn’t a complete solution, and its siloed nature prevents Google from putting its own content–videos from Google Play Movies & TV in particular–at front-and-center.

A reinvented Android TV would fill the void. It provides a way for Google to recommend its own content to users, while offering a full-blown TV interface with support for dedicated remote controls. It also allows for gaming, which Chromecast can only support in limited fashion.

I’m skeptical that TV makers would adopt Android TV, because the fears around betting on Google and giving up control are the same as they were for Google TV. With that in mind, the rumors of Google building its own set-top box are all the more credible. Chromecast would be the platform that’s more widely adopted by other hardware makers, while Android TV is the device that Google builds itself.

The one lingering issue is developer support. Chromecast seems to be gaining momentum, both from major streaming services and from smaller app developers. By pushing Android TV, Google may risk losing support for Chromecast, or vice versa.

The extent of that risk, however, will depend on how nicely Chromecast and Android TV play together. Perhaps Google has come up with a way to easily build upon Chromecast apps to include full Android TV support. I wouldn’t rule it out, given that Google is applying that very strategy to Android Wear.

At least that’s what I’m hoping. For me, Chromecast fills a need even if I’ve got another set-top box or game console hooked up, and if I was in the market for a new television, I’d be more likely to consider one that had Chromecast capabilities built-in. Android TV sounds interesting, but only if it doesn’t prevent Chromecast from realizing its potential. 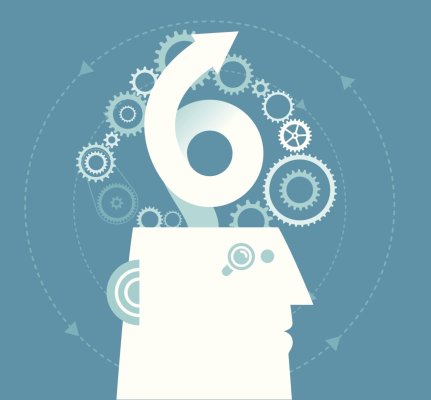 Unlocking Our Digital Sixth Sense with Mobile Technology
Next Up: Editor's Pick