A Russian plane was taking off in Siberia when its cargo door buckled under shifting weight, bursting open and scattering nearly 200 bars of gold and silver on the runway, the Guardian reports.

The Antonov plane, which stopped to refuel at the Yakutsk airport, was reportedly carrying 9.3 tons of precious metals when it took off.

“As it gathered height, the cargo door became damaged due to the shifting of cargo,” Russia’s Investigative Committee said in a statement on Telegram, according to the Guardian. The plane was forced to land back at the airport.

Local media reported that police immediately closed off the runway to prevent people from flooding to the scene to collect the jackpot.

“One hundred and seventy two bars have been found weighing around 3.4 tonnes,” the local interior ministry told TASS state news agency, the Guardian reports. “Only part of the gold fell out – altogether there were around nine tonnes in there.”

The bars came from the Kupol gold mine in the Chukotka region, investigators said, which is operated by Canada-based mining company Kinross Gold.

According to a spokesman for the company, Stanislav Borodyuk, “all the cargo has been picked up, there are no losses.”

Investigators say the cargo probably had not been properly stabilized before take-off. 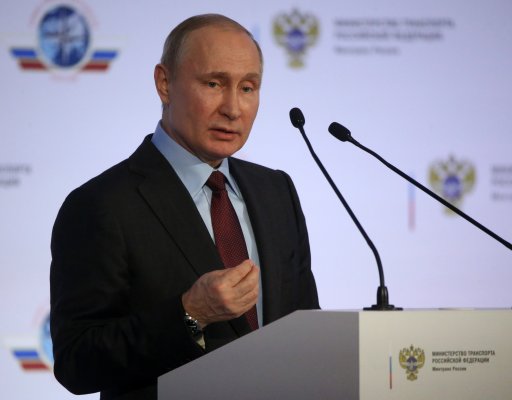 U.K. Lawmaker: Russia Is Now a Rogue State. We Must Treat It Like One
Next Up: Editor's Pick