Gillian and I started convincing ourselves to buy the farm as soon as we got in the car. Over the years we have become experts in talking ourselves into things that normal people would think crazy, both of us having developed an intimate knowledge of each other’s most irrational buttons, and how best to push them. Gillian and I are very different in many ways, but we both have the ability to drop everything and seize an opportunity. Unfortunately, we also have the ability to view buying a rundown farm in the middle of nowhere as an opportunity.

The main stumbling block was financial. We simply couldn’t afford the $350,000 asking price. It took us a couple of days to think our way around this obstacle. We eventually came up with a two-pronged strategy: we would put in a lowball offer and we would move to the farm. That would allow us to rent out our apartment in Toronto, freeing up cash to make mortgage payments on the farm. It also gave us a double out: I didn’t think the owner would accept less than his asking price, so the offer was probably doomed to fail. And even if he did, we could sell the farm after a year if we didn’t like it and move back to our house in the city. Vicki wrote up the offer and I promptly wrote off the whole endeavor, convinced the owner would say no.

A few days later, I was walking along Adelaide Street from the production offices where I worked to our studio at the CBC broadcast centre. I was working on a weekly current affairs debate show called CounterSpin, which we described to our American guests as “like Crossfire, but less yelling.” Ours was one of the few shows that still went live to air, and even after four years with the CBC it was a thrill to hear the theme music as the opening credits rolled and to be part of the choreographed chaos of the control room. I was keyed up, ready for the show, and had almost completely forgotten about our harebrained attempt to buy a farm.

My phone rang. It was Gillian. “We got it,” she said. “He accepted our offer.” I stopped in the middle of the street, stunned.

As I went through the motions of taking the show to air that night, I started to feel that moving to the farm was meant to be. I had recently found myself looking around at the people sitting silently on the subway or walking hurriedly in and out of the office towers on Bay Street and asking myself, “What’s the point?” I had also taken stock of my life and realized that the times I was the most happy and fulfilled were the times when I was not sitting at a desk, when I was outside the city.

It didn’t matter where I was, I loved to get dirty, to interact with real people, to do things. But I had come to suppress that side of me. I fancied myself an intellectual, a sophisticate, an urban person. With the opportunity to buy a farm and live in the country suddenly before me, I began to question all that. I felt trapped in my desk job by the need to make money so I could visit the country on the weekends. Maybe living on a farm was part of who I was always meant to be.

To my surprise, Gillian was even more enthusiastic about moving to the country than I was. She had spent much of her childhood resenting the work and isolation of living on a farm, but with us and the kids crammed into our second-floor apartment, she felt like a caged animal. She couldn’t stand the fact that it took twenty minutes of organization to move both kids down into our tiny backyard. Neither of us can remember the precise moment when it happened, but after a day or two of introspection, we had somehow decided to leave the city and move to the farm.

Excerpted from The New Farm: Our Ten Years on the Front Lines of the Good Food Revolution (Abrams Press, 2018) 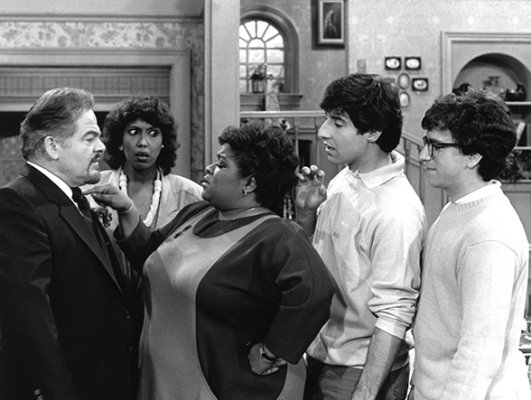 Black Women Are Not ‘Sassy’ — We’re Angry
Next Up: Editor's Pick