After filing for bankruptcy last fall, Toys ‘R’ Us is reportedly working on a plan to liquidate its business entirely. In the wake of the struggling toy retailer announcing the closure of all its U.K. stores, remaining U.S. locations are now also facing the prospect of total liquidation.

The news of the shutdown has quickly spread across the Internet, prompting some who grew up with the toy giant to wax nostalgic about its peak. “It’s going to be so weird trying to explain Toys ‘R’ Us to future generations,” wrote one Twitter user. “‘Hey, you know those six aisles at Target you spend all your time in? Well, imagine if they were an entire store…’ (Assuming, like, future generations have Target.)”

“One day I will have to explain to my kids what Toys ‘R’ Us was,” added another. “And that’s where it hurts.”

However, others were just there to try and inject some humor into the sad situation. “I want to do my impression of NPR covering Toys ‘R’ Us closing,” tweeted comedian Chelsea Peretti. 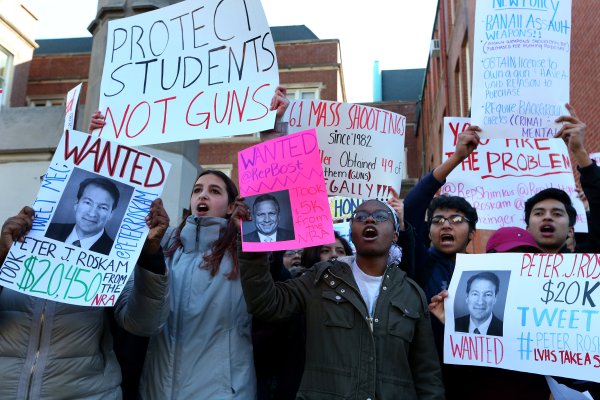 MTV, Nickelodeon and BET Went Off the Air to Support Massive Student Walkout
Next Up: Editor's Pick