Rihanna Called Snapchat Out For a Domestic Abuse Ad. Now Their Stock Is Dropping.

Snapchat stocks dropped by nearly 5% on Thursday after Rihanna called out Snapchat for running an ad that made light of domestic violence by referencing the 2009 incident when the singer’s then-boyfriend Chris Brown violently physically assaulted her.

The ad immediately received vocal backlash on social media, with notables like Chelsea Clinton coming forward to question Snapchat’s judgment in choosing to run the ad. Snapchat deleted the ad on Tuesday and issued a statement and apology to the BBC, stating: “The advert was reviewed and approved in error, as it violates our advertising guidelines. We immediately removed the ad last weekend, once we became aware. We are sorry that this happened.”

This didn’t stop Rihanna from critiquing the company’s judgment; on Thursday morning, the singer took to her Instagram story, where she offered her thoughts on the matter.

“Now SNAPCHAT I know you already know you ain’t my fav app out there! But I’m just trying to figure out what the point was with this mess! I’d love to call it ignorance, but I know you ain’t that dumb!” she wrote. “You spent money to animate something that would intentionally bring shame to DV victims and made a joke of it!!! This isn’t about my personal feelings, cause I don’t have much of them…but all the women, children and men that have been victims of DV in the past and especially the ones who haven’t made it out yet….you let us down! Shame on you. Throw the whole app-oligy away.”

Following Rihanna’s comments on the controversy, shares of Snap Inc. have dropped nearly 5%. This isn’t the first time this year that Snap Inc. has felt the star power of a celebrity affect their holdings; in February, Snap stocks dropped over 7% after Kylie Jenner sent a dismissive tweet about Snapchat. 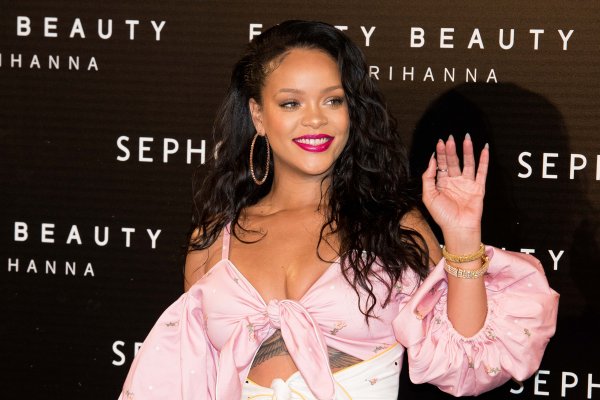 'Shame on You.' Rihanna Calls Out Snapchat for Ad Making Light of Domestic Violence
Next Up: Editor's Pick