The White House's Climate Change Believers Are Headed Out the Door

On the campaign trail, Donald Trump repeatedly questioned the science of climate change and promised to undo Obama-era environmental regulations. But during his first year, a vigorous internal debate occurred within the White House about how to approach global warming.

With several high-profile departures in recent weeks, that debate appears to be over.

As of this week, Tillerson, Banks and Cohn have all resigned or have been fired while Kushner has been sidelined by security clearance issues.

Trump announced that he would pull the U.S. out of the Paris Agreement in June of last year, but he had expressed a willingness to reconsider. Environmentalists now believe that won’t happen.

“Any thought of Trump changing his mind on Paris is probably more remote,” says Alden Meyer, director of policy for the Union of Concerned Scientists, a science advocacy group. “And it was always pretty unlikely to begin with.”

The exodus may be more bad news for environmental groups already dismayed by the Trump Administration’s position on global warming. Trump seems likely to nominate replacements who take a stance similar to his on climate change and the fate of various behind-the-scenes efforts on the issue remain unclear.

The State Department’s climate program — responsible for helping chart a global pathway to reduced greenhouse gas emissions — has largely remained on autopilot under Tillerson, the former head of ExxonMobil. Despite a lack of U.S. leadership at global climate talks, the country has still engaged substantively behind the scenes. But Tillerson acknowledged the vast scientific consensus that climate change is occurring and caused by humans.

Pompeo could make an active effort to disrupt progress at ongoing international climate change discussions or remove the U.S. from the process entirely.

Larry Kudlow, Cohn’s replacement, opposed the Paris Agreement and is also on the record questioning the science of climate change. “Then there’s a bunch of scientists who don’t think we have a global-warming problem at all,” he wrote in 2008. “And many who do acknowledge the threat link it to solar warming, or increased solar activity, rather than carbon.”

Banks may be the least-recognized name among the climate change believers, but he made the issue a chief concern, working to make the deal more amenable to U.S. fossil fuel companies and making a political case for the U.S. to come back to the deal ahead of the 2020 election.

“The president can walk out of his meeting with G7 Heads of State and say ‘I renegotiated the Paris Agreement,’” says Banks. “He takes it off the campaign and scores points with independents.”

But without Tillerson, Cohn or Banks around, Trump may never hear that argument, much less consider it. 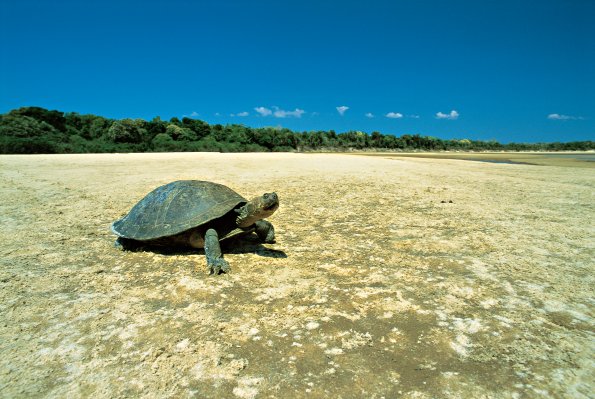 Climate Change Could Wipe Out Half of All Forest Wildlife
Next Up: Editor's Pick