Burt Reynolds is raising eyebrows after saying in a new interview that he fell in love with Sally Field when she was seven years old.

Reynolds, the Boogie Nights star, said on NBC’s Today show that he fell in love with Field when she was a child, and that she was the love of his life. Reynolds is 82 and Fields is 71. The pair starred in several films together in the 1970s, including Smokey and the Bandit and The End, and had a high-profile romance before breaking up in the early 1980s.

In the interview, Hoda Kotb asked Reynolds who the love of his life was. “You’re naughty, you really are. I’m dead in the water no matter what I say,” Reynolds replied. “Well, she was seven when I fell in love with her. She stayed seven for about 11 years. I would say Sally.”

Reynolds added that he pressed film executives to cast Field alongside him in Smokey and the Bandit, but was initially told that Fields wasn’t sexy enough. “I said you don’t get it, talent is sexy,” Reynolds said. 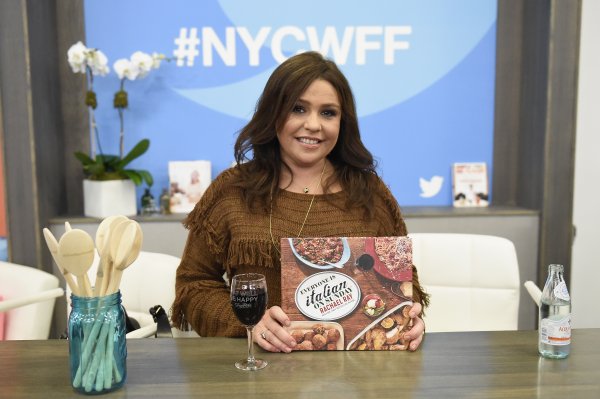 Why Rachael Ray Thought People Confusing Her With 'Becky With the Good Hair' Was the Ultimate Compliment
Next Up: Editor's Pick