Jimmy Kimmel may not be a fan of President Trump’s policies, but he does agree with him on at least one thing—supporting American-made products. So when Kimmel heard about the website, trumpstore.com, run by Trump’s sons Eric and Donald Jr., he decided to purchase a few items, which he presumed would be Made in the USA. “I’m sure Eric and Donald Jr take this American thing very seriously,” Kimmel said. “These guys are red, white and blue to the core. They’re like a couple of flags wearing hair gel, these two.”

Kimmel, who has made his political beliefs well known on his show, wasn’t exactly shocked at the realization. “Trump’s whole platform is about supporting American companies. His company isn’t even supporting America.”

However, he was a little surprised when he came across two products that didn’t have nation of origin labels at all, because when Kimmel looked at import law, it said that “failure to properly report product origin can result in substantial penalties. Companies can face up to $500,000 in fines per violation or double the loss or gain from the violation related to these violations.”

“This could be very expensive, not to mention this has got to be embarrassing,” Kimmel said. “I’m sure Eric and Don Jr. didn’t know about this. I’m sure this was a simple oversight. I’ll just file an official complaint, and let them sort it all out.” 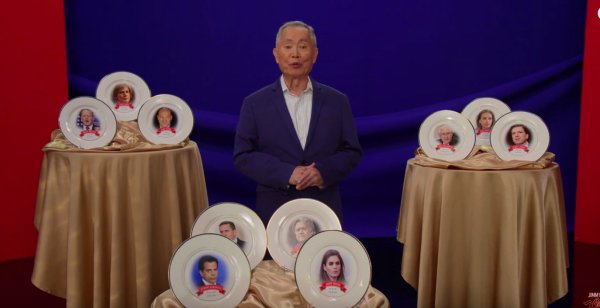