Microplastic Contamination Is Found in Most Bottled Water, a New Study Says

A study carried out on more than 250 water bottles sourced from 11 brands in nine different countries revealed that Microplastic contamination was nearly universal, found in more than 90% of the samples.

The study, by journalism organization Orb Media and researchers at the State University of New York at Fredonia, found an average of 10.4 microplastic particles about the width of a human hair per liter. That’s about twice the level of contamination discovered in the group’s earlier study on the ubiquitous plastic contamination in tap water across the globe, with the highest rate found in the U.S.

Previous studies have found that a large portion of the microplastic particles found in our oceans, lakes and rivers, as well as in fish stomachs, can be traced back to the washing of synthetic clothes.

In the case of bottled water, Orb’s new study indicated contamination was partly the result of plastic packaging, and partly the fault of the bottling process. The survey included brands like Aquafina, Dasani, Evian, Nestlé and San Pellegrino.

It’s unclear what effect, if any, this consumption of tiny bits of plastics has on human health. As much as 90% of ingested plastic could pass through a human body, but some of it may end up lodged in the gut, or traveling through the lymphatic system, according to research by the European Food Safety Authority.

“We don’t know all the chemicals in plastics, even… There’s so many unknowns here,” Jane Muncke, chief scientist at the Zurich-based Food Packaging Forum, told Orb. 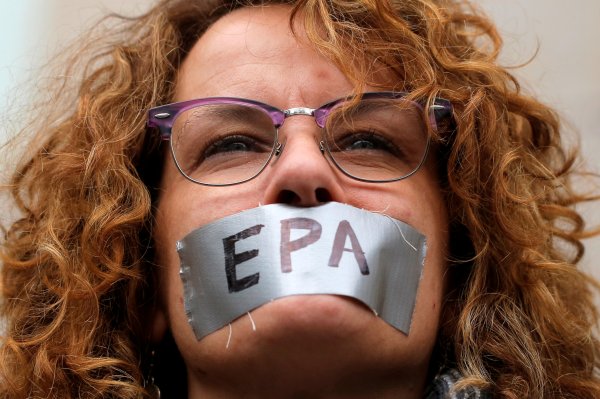 The EPA's Website After a Year of Climate Change Censorship
Next Up: Editor's Pick