MTV, Nickelodeon and BET Went Off the Air to Support Massive Student Walkout

The screens of Viacom networks like Nickelodeon, MTV, and BET went black on Wednesday morning. The purpose? To stand in solidarity with a massive student protest.

At the same exact time, thousands of of students walked out of their classrooms as part of the Enough! National School Walkout protest against gun violence after the fatal shootings of 17 students at Marjory Stoneman Douglas High School in Parkland, Florida.

The walkout, which lasted 17 minutes (one minute for each of the lives lost in the Parkland massacre,) was organized for students, teachers, and those associated with schools to speak out against gun violence and advocate for policy reform in the U.S. Organizers asked people to wear orange, the color of gun violence prevention, or to stage workplace walkouts of their own.

Viacom chose to show their support by suspending their scheduled programming for the 17 minutes that the walkout was held.

In a post on their company website, Viacom noted that this “pause” was just one of the ways that they would be advocating for an end to gun violence. The company will also be participating in, covering, and donating to the March for Our Lives, as well as investing in education programs aimed at ending gun violence and promoting mental health. 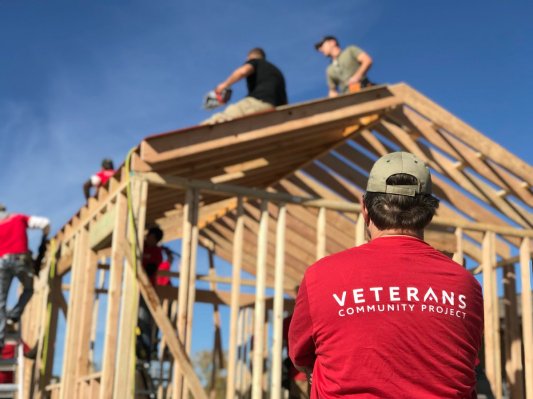 This Inspiring Organization Builds Tiny Houses for Homeless Veterans
Next Up: Editor's Pick