Renowned theoretical physicist Stephen Hawking died on Wednesday at the age of 76, leaving behind a legacy that has changed the scientific landscape forever. However, his scientific work isn’t the only thing he’ll be remembered by; the physicist became a pop culture icon in his own right, often appearing as himself in shows like Star Trek, The Big Bang Theory, and memorably guest starring multiple times on The Simpsons.

In his first appearance on The Simpsons in season 10, Hawking appears as himself, visiting Springfield after its chapter of Mensa (prodigy Lisa included) takes over the town with disastrous results. Hawking gives them a bracing reality check on their utopia, telling them it’s more like a “fruitopia.”

“I don’t know what is the bigger disappointment,” he said. “My failure to formulate a unified field theory – or you.”

Later in the episode, Hawking gives some sage advice to Lisa: “Sometimes the smartest of us can be the most childish.” His trademark wry humor showed itself, however, when Lisa asks if this advice also applied to him, with Hawking replying, “No. Not me. Never.”

Hawking himself jokingly said that he thought as many people knew him from the Simpsons as his science.

“The appeal of The Simpsons is that the characters display all the traits we see in ourselves,” he said before saying that he thought the show was “the best thing on American television.”

The Simpsons paid their respects to the great scientist via social media on Wednesday.

Producer and writer Matt Selman called Hawking “the most intelligent guest star in the brief history of The Simpsons.”

While producer Al Jean paid homage with a photo of a Hawking Simpsons figurine. 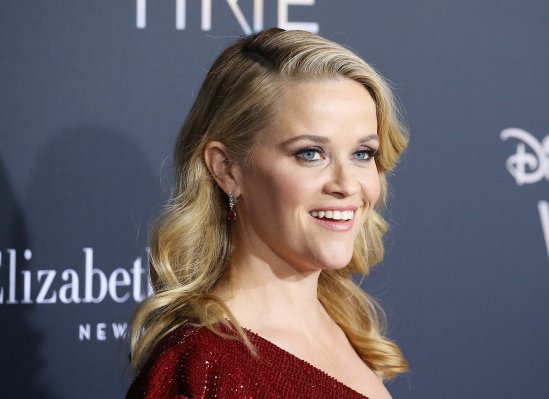 Reese Witherspoon Had the Best Reaction to a Fan Who Gave Her a 15,000-Word Legally Blonde Dissertation
Next Up: Editor's Pick