Some people on the internet think Stephen Hawking couldn’t have calculated a better day to die.

The 76-year-old theoretical physicist, one of science’s most famous luminaries died on March 14, also known as National Pi Day — an annual day for scientists and mathematicians around the world to celebrate the value of pi that even includes deals on pizzas and actual pies. Suffice it to say that the noteworthy coincidence was not lost on the internet.

The date of Hawking’s death — 3/14 — is significant because 3.14 are the first three digits of pi, a bedrock of geometry. Specifically, it’s the ratio of a circle’s circumference to its diameter. Naturally, the fact that science’s big celebration overlapped with the day the life of the party left us is making people geek out about the details.

As soon as news spread that Hawking died early Wednesday morning in London, people were quick to to connect the dots.

People also remembered the way pop culture toasted Hawking, from his Star Trek cameo to his historic moments on The Simpsons. 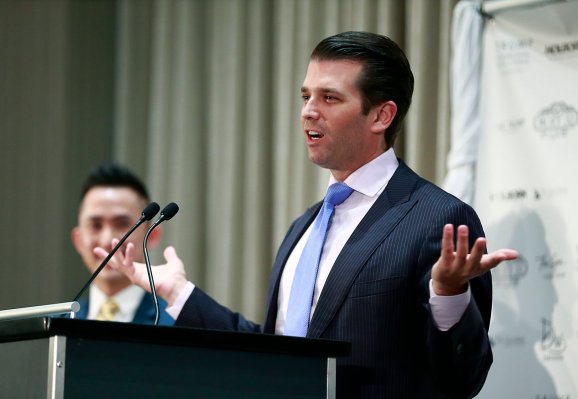 Photo of Donald Trump Jr. and a Life Size Chocolate Bunny Inevitably Memed Itself
Next Up: Editor's Pick