A dog traveling with its owner on a United Airlines flight from Houston to New York was found dead when the plane landed.

Passengers on the flight reported hearing the dog bark during the plane ride after a flight attendant asked its owner to put the dog, which was in a pet carrier, in an overhead storage bin typically meant for luggage, People reports.

Maggie Gremminger, who was on the flight and tweeted about witnessing the incident, told People the French bulldog’s owner, who is unnamed, initially placed the dog carrier under the seat in front of her. A flight attendant then requested the carrier be moved to the overhead bin, claiming it was blocking a portion of the aisle, according to Gremminger.

Gremminger said she could hear the French bulldog bark from the bin for about 30 minutes during the journey and that it went quiet afterwards. Upon landing, the dog’s owner opened the bin and carrier and realized the French bulldog had died.

United Airlines confirmed the death and said it was opening an investigation “to prevent this from ever happening again.” According to the airline’s pet policy, non-service animals are allowed to travel onboard for $125, as long as they are carried in a kennel that “must fit completely under the seat in front of the customer and remain there at all times.”

“This was a tragic accident that should never have occurred, as pets should never be placed in the overhead bin,” United Airlines said in a statement. “We assume full responsibility for this tragedy and express our deepest condolences to the family and are committed to supporting them.”

The dog’s death follows similar incidents for United Airlines, which had the worst rate of pet deaths in 2016, out of all U.S. airlines according to the Department of Transportation’s Air Travel Consumer Report. Last August, a King Charles Spaniel died while in the cargo hold of a United Airlines flight after a delay.

The in-flight treatment of pets in has come under scrutiny for other airlines as well. A student traveling to Florida in February claimed she was told by a gate agent to flush her pet hamster down an airport toilet (Spirit Airlines denied that it would give such instructions to a passenger). 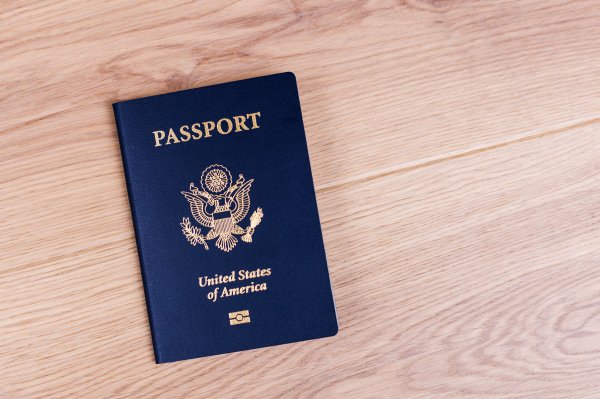 How Long Does It Take to Get a Passport? Here's What You Need to Know
Next Up: Editor's Pick