President Donald Trump’s pick for the next director of the CIA will face questions on Capitol Hill over her involvement in past torture programs.

Senators from both parties raised questions about Gina Haspel, who Trump announced Tuesday morning would replace current director Mike Pompeo, who he has nominated as Secretary of State. (Both positions require Senate confirmation.)

The current deputy director of the CIA, Haspel once led an an agency “black site” in Thailand where detainees were subjected to torture. She is also linked to a decision within the agency to destroy evidence of the interrogations.

Arizona Republican Sen. John McCain, who was tortured as a prisoner-of-war while serving in Vietnam, called the U.S.’s torture of detainees “one of the darkest chapters in American history” and urged his colleagues to press Haspel about the role she played in it.

“Ms. Haspel needs to explain the nature and extent of her involvement in the CIA’s interrogation program during the confirmation process,” McCain said in a statement. “I know the Senate will do its job in examining Ms. Haspel’s record as well as her beliefs about torture and her approach to current law.”

Sen. Ron Wyden, a Democrat from Oregon, said in a statement that her background makes her “unsuitable” for the position. Wyden, who serves on the Select Committee on Intelligence, said that he opposes her nomination — and the promotion of Pompeo — while calling for transparency from the intelligence committee as the process moves forward.

“I feel very strongly that information about her should be declassified,” Wyden told reporters on Capitol Hill. “I think it’s really a cover-up that it hasn’t been declassified.”

During the 2016 campaign, Trump pledged to “bring back waterboarding” and “bring back a hell of a lot worse than waterboarding,” but in office he deferred to Defense Secretary James Mattis, who argued that torture is not as effective as “a pack of cigarettes and a couple of beers.”

Haspel’s history also led to swift condemnation from civil rights groups. The American Civil Liberties Union said she was “up to her eyeballs in torture” and demanded that the CIA release all of her “torture record” before the nomination is considered. The Center for Constitutional Rights, which represents people who have experienced CIA torture firsthand, called her “unfit” to serve in the position.

“Gina Haspel should be prosecuted not promoted,” a statement from the Vincent Warren, the organization’s executive director, reads.

That’s not to say she doesn’t have supporters on the Hill, including the chairman of the Senate Intelligence Committee Sen. Richard Burr of North Carolina.

“I know Gina personally and she has the right skill set, experience, and judgment to lead one of our nation’s most critical agencies,” Burr said in a statement, adding that he was “proud” of her work. “I look forward to supporting her nomination, ensuring its consideration without delay.”

Several senators said they were reserving judgement on Haspel for now.

Sen. Dianne Feinstein, who objected to former CIA Director John Brennan’s efforts to promote Haspel in 2013, said she would hold off on making a final decision on the nomination until after the yet-to-be-scheduled confirmation hearings. Feinstein, a California Democrat and member of the intelligence committee, said she has had personal conversations with Haspel about her involvement in the interrogations.

“Everything I know is she’s been a good deputy director of the CIA,” Feinstein, told reporters. “I think hopefully the entire organization learned something from the so-called enhanced interrogation program…I think it is something that can’t be forgotten and I certainly can never forget it and I won’t let any director forget it.”

“I’d prefer to wait until we have a confirmation hearing before making a decision on her nomination,” she said. “She certainly has the expertise and the experience as a 30 year employee, but I’m sure that there will be some questions.” 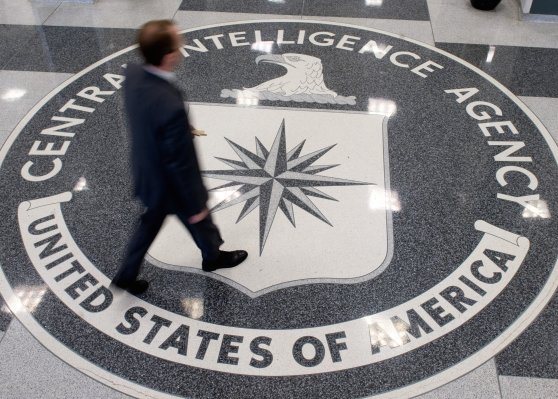