Prince George may only be 4 years old, but he apparently already has a career path in mind, according to his father Prince William.

While honoring the winners of the Metropolitan Police’s seventh annual Met Excellence Awards alongside Prince Harry at a reception at Kensington Palace on Tuesday, the Duke of Cambridge informed attendees that his son is “obsessed” with the police force, The Daily Mail reports.

After PC Jayne Richardson joked that the Kensington and Chelsea district was looking for more volunteers if George or Princess Charlotte—William’s second child with wife Kate Middleton—were interested, the Duke revealed that George would probably leap at the opportunity.

“He is obsessed, actually, by the police….cars, toys, everything,” William said.

Considering George will likely become the King of England one day—he’s currently third in line to the throne behind his grandfather Prince Charles and his father—a position at Scotland Yard may not be in the cards for him. But there’s nothing wrong with having dreams. 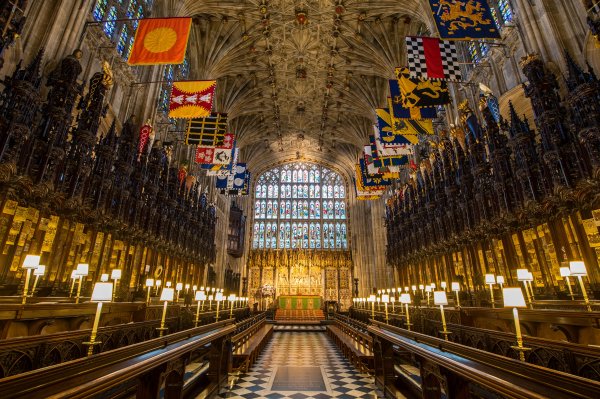 How to Visit Prince Harry and Meghan Markle’s Wedding Chapel
Next Up: Editor's Pick