Canada wanted to prepare for the arrival of the king and queen of Belgium by decorating Rideau Hall with Belgian and Canadian flags, but they accidentally used a German flag instead of a Belgian one.

The German flag was spotted on the trunk of a tree by a Belgian journalist, Wim Dehandschutter, who noticed that the decoration adorned a tree that Belgium’s Queen Fabiola had planted in 1977. The mix-up was attributed to Belgium and Germany’s flags sharing the same color scheme of red, black, and yellow; the design of the flags, however, are very different: Belgium’s stripes are vertical, while Germany’s are horizontal.

According to CBC News, Rideau Hall spokesperson Marie-Ève Létourneau said that the mistake was fixed immediately.

“While we were preparing for the tree planting ceremony on the grounds of Rideau Hall, it was brought to our attention that there was a mix up with a small flag,” she said. “We rectified the situation immediately, prior to their majesties’ arrival at the tree planting.”

However, Dehandschutter, who first spotted the mix-up, has other feelings about the matter.

“The German flag, it [will] make the headlines in Belgium newspapers and in websites, so people are talking about it,” he said. “It’s a strange story. Why do you confuse the German flag with the Belgium flag? Theoretically, it’s a big mistake by the Canadians.” 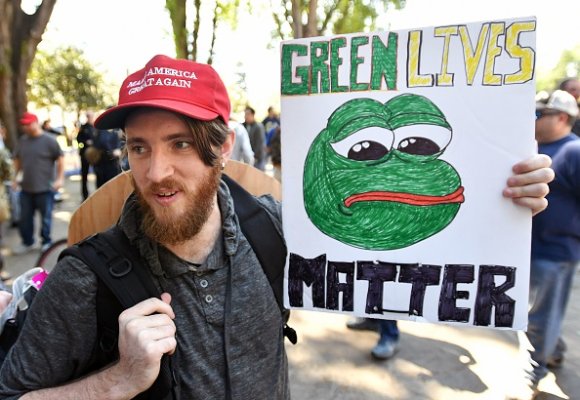 Pepe the Frog Creator Is Suing InfoWars for Selling Right-Wing Posters
Next Up: Editor's Pick