Fitbit Finally Made a Smartwatch I Can't Wait to Wear

Despite being the company’s first effort to expand beyond fitness tracking, Fitbit’s Ionic smartwatch always felt like it was meant for the gym and little else. Now Fitbit wants to prove that it’s serious about broadening its reach with its upcoming Versa smartwatch, featuring an an all-new look that feels more like a high-end timepiece than a sports watch.

The Fitbit Versa is available for preorder now and launches in April for $199.95, making it much less expensive than both the $329 Apple Watch Series 3 and $299.95 Fitbit Ionic. The company is also releasing a $229.95 Versa Special Edition that includes support for Fitbit Pay, its mobile payment service.

Whereas last year’s Ionic looked very much like a runner’s watch, the Versa has a sleeker, polished appearance that more closely resembles the Apple Watch. The watch’s face has a softer look with rounded edges, while Fitbit will be selling new watch bands in various styles and colors similar to Apple’s accessories. Buyers will be able to choose from breathable rubbery sports bands for working out as well as options made from Horween leather, stainless steel, and metal mesh. The watch itself comes in black, silver, and rose gold color options.

Fitbit says the Versa is the thinnest metal smartwatch sold in the United States — take a look at the photo below to see how it compares to the 38 millimeter Apple Watch in terms of thickness:

The Fitbit Versa and the Apple Watch
Lisa Eadicicco

While the Versa brings some new “smart” capabilities, such as a feature that lets Android users send pre-written replies to text messages straight from the watch, the most significant changes involve health and wellness. Fitbit’s updated smartwatch software includes a new feature that helps women monitor their menstrual cycles, for instance. The capability will help women keep track of when their cycle occurs, as well as the frequency and severity of their symptoms, like cramps or headaches. Several existing apps serve similar purposes, but Fitbit wanted to make it possible for women to view this data in the same place as their other health stats.

Fitbit is enriching its interface for viewing health data on the wrist as well. The Fitbit Versa’s new dashboard view includes info that wearers could previously access only in Fitbit’s smartphone app, such as exercise summaries, resting heart rate trends over time, and wellness tips. Fitbit plans to add more features this year that can remind wearers to take their medication at specific times during day, congratulate wearers for completing fitness-related challenges, and allow them to log their meals.

Updates like menstrual cycle tracking and the redesigned dashboard will also be coming to the Fitbit Ionic in a software upgrade, the company says. The Versa will also include many of the health features Fitbit introduced in previous products, like its PurePulse heart rate monitor, a virtual coach that guides wearers through exercises, various exercise modes and more. But the Versa does not have a built-in GPS sensor like the Ionic; it uses your phone’s GPS to track your runs and other outdoor workouts.

Read more: The 5 Best Podcast Apps for Android and iPhone

Fitbit’s announcement comes as Apple seeks to become a bigger player in the health space. In January, it announced that iPhone owners would be able to store and view their medical records from multiple health facilities in one place through Apple’s Health app. Apple also ships more wearable tech products worldwide than any other company, with 21 percent of the global market share in the fourth quarter of 2017, according to research firm IDC. Fitbit placed in second with 14.2% of the market. But when speaking with TIME last year, Fitbit CEO James Park didn’t seem bothered by the competition. “[Apple] started off the life of the Apple Watch thinking of it as kind of a computer on the wrist,” he said. “And they have shifted their position over time. It’s clear both of us feel that health and fitness is the killer app for this category.”

Fitbit’s app store is still far behind Apple’s when it comes to selection: Fitbit offers more than 550 apps from companies like Starbucks, Yelp, and Nest, while the Apple Watch had thousands of apps in 2015. But Fitbit does offer some worthwhile advantages. Its newest smartwatch is less expensive than the Apple Watch, it works across both iOS and Android devices (unlike Apple’s smartwatch), and Fitbit claims it can last for four days on a single charge, whereas the Apple Watch usually needs to be charged nightly. It’s also unclear whether or not the limited app selection actually makes a difference to users, considering the top two use cases for smartwatches are notifications and activity tracking, according to NPD Group, both of which are available on the Versa. All told, Fitbit’s new watch looks like it has the potential to be the Apple Watch’s most formidable rival yet. 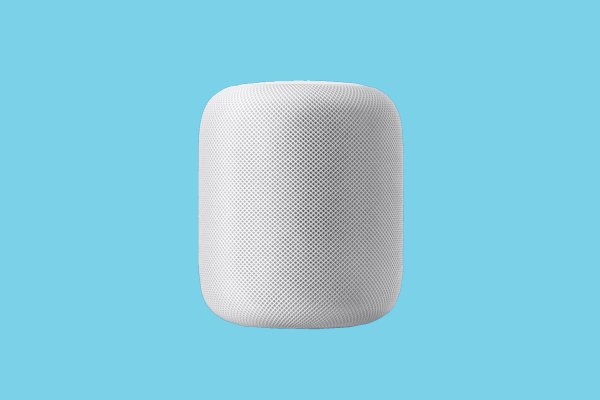 3 Things I Learned After One Month With Apple's HomePod
Next Up: Editor's Pick