After arriving at St. Mary’s Hospital on Monday, Catherine, Duchess of Cambridge, gave birth to her third child with Prince William just hours later. Since then, the internet has wasted no time gearing up to meet the new royal member of Kate Middleton and Prince William’s family.

The official Kensington Palace Twitter confirmed that Middleton successfully delivered a baby boy at 6 a.m. Eastern Standard Time on April 23. The new prince weighs 8 lbs. 7 oz. and both he and his mom are healthy.

“The Duke of Cambridge was present for the birth. Her Royal Highness and her child are both doing well,” Kensington Palace tweeted.

Royal baby number three, whose name has yet to be revealed, is in line to the British throne, following his grandfather Prince Charles, father Prince William, brother Prince George and sister Prince Charlotte. However, that hasn’t stopped royal family enthusiasts from getting excited about the new arrival. 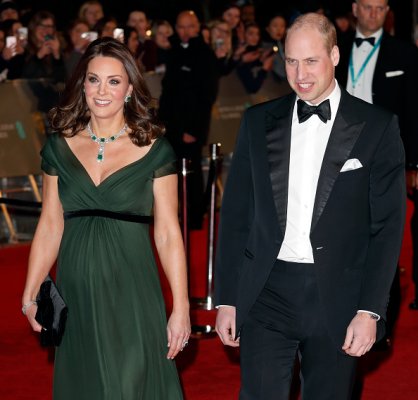 The Royal Baby Is Here
Next Up: Editor's Pick