A Monmouth University poll released Monday found that Lamb leads Saccone by six points, 51 percent to 45 percent. Although the results are predicated on the assumption that turnout among Democrats will reach a level similar to other special elections in the past year, Lamb still has a two point advantage when using a lower turnout model. In the same poll released last month, Saccone held an advantage in scenarios that predicted three different levels of turnout.

Pennsylvania’s 18th congressional district has a recent history of voting Republican –President Trump prevailed by 19 points in the 2016 presidential election – but Lamb’s polling indicates he is making inroads and that Trump’s popularity may be dropping. The poll finds that 49 percent approve of Trump’s job performance and 49 percent disapprove.

“This district has voted overwhelmingly Republican in recent elections, but a large number of these voters have blue-collar Democratic roots. Lamb seems to have connected with them,” Patrick Murray, Director of the Monmouth University Polling Institute, said of the poll’s findings.

The poll was conducted March 8 to 11, surveyed 503 registered voters in the district. The polling took place shortly after President Trump announced he would impose tariffs on steel and aluminum imports to the United States, a move some deemed a method of helping Saccone prevail over Lamb. But 96 percent of the voters polled said the announcement did nothing to change their minds. 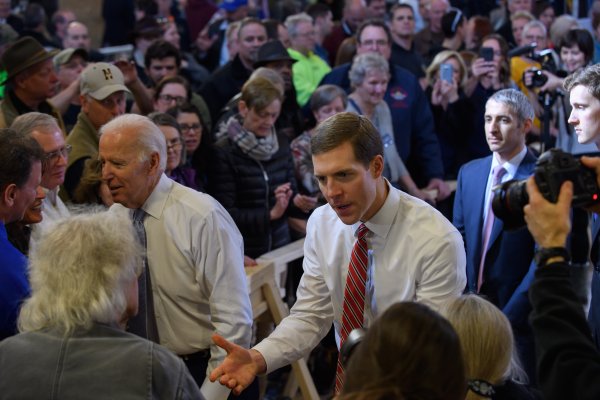 Meet Conor Lamb, the Democrat Who Could Pull Off an Upset in Pennsylvania's Special Election
Next Up: Editor's Pick