Maisie Williams has a starring role on one of the most-obsessed-over shows of all time, a trophy case’s worth of awards, and more Instagram followers (7.5 million) than the pope (5.2 million). But she’s not interested in taking advantage of her high profile—unless, you know, it means expedited shipping.

“Once, I was ordering clothes for Christmas gifts, and these people said it would take over a month [for the package] to arrive,” Williams says, sounding exasperated all over again. “It was so annoying and such bad customer service that I wrote them a nasty email and signed my real name.”

This, she says, is the most shameless thing she’s ever done, referencing the theme of the photos you see here (a tongue-in-cheek nod to her Game of Thrones character Arya Stark’s “a girl has no name” mantra in Season 5). The shoot had Williams wandering the streets of her current home, London, in search of spontaneous photo ops.

“Everyone was just staring at me like, ‘What is this insane person doing?’ ” she says. “I was running around in crazy dresses and crossing roads in the freezing cold.” But Williams has a history of being overdressed in unexpected places. “After an awards show you’ll often find me wearing a giant gown ordering, like, fish takeout somewhere.”

Williams, who just turned 21, has been navigating her place in the spotlight for over half her life. The youngest of four children growing up in Bristol, England, she was training to be a ballerina when a talent agent spotted her at a local showcase when she was 11 and persuaded her to consider acting. Cut to an audition to play a fearless tomboy on an up-and-coming HBO series called Game of Thrones (which she admits to nearly skipping for a field trip to a pig farm) and landing what proved to be a life-changing part. The show premiered a few days after Williams’s 14th birthday to near-instant acclaim, just in time for her to settle into adolescence as a rising star.

“I struggled with the pressure to fit in and always worried about saying the right thing,” she remembers of her teens, which included a period of such brutal online bullying from her high-school classmates that she left to work with private tutors. Living up to her badass noblewoman-turned-assassin persona in public, she says, was a hard left from how she felt inside. “It was strange because I put on the personality of the girl who was ‘Maisie Williams’ but really struggled in my personal life.” Ultimately, it was connecting with fans that gave Williams the confidence she has today. “I think just understanding I wasn’t the only one who feels like they don’t fit in really helped me,” she says. “And it made me want to inform other young kids that it actually does get better.”

This message shines through in Williams’s work, as she’s drawn to fierce, multifaceted characters who fight for what they want. Up next is her first voice-over gig in the Claymation film Early Man, co-starring Eddie Redmayne and Tom Hiddleston and produced by Aardman Animations, the beloved British company behind the Wallace & Gromit franchise. In it, she plays Goona, a feisty soccer player from the Bronze Age who will do anything—from practicing in the dead of night to coaching a team of bumbling cavemen—to stake her claim in a male-dominated sport. And while the free-spirited part was in Williams’s wheelhouse, she wasn’t above a few pro tips from Oscar-decorated Redmayne. “He was so lovely and really encouraged me to come out of my shell,” she recalls of their time in the studio. “It was the best help I could have received.”

Long-term, Williams is looking forward to branching out into theater work and indie flicks as well as launching a networking app for creative professionals called Daisie (cofounded with film producer Dom Santry). But first, there’s the unfinished business of Game of Thrones. Now filming the show’s eighth and final season, she is still coming to terms with leaving her breakout role behind.

“The hardest thing about the show ending is that I’ll never get to be Arya again,” she says, pointing out that she and her character are less alike than people might think. “For a long time we felt like the same person, but now that I’m older, I’ve grown into a different person and found other sides to my personality.

“But I do wish she shaped me to be more fearless in the industry,” she continues. “Honestly, no matter what else I work on, I’ll miss playing her.”

But just being Maisie isn’t half bad. She recently moved into a new London apartment with close friend and fellow actor Bill Milner (the two appeared together in the 2017 film iBoy) and speaks enthusiastically about the simple joys of being at home: hanging out with her two pet tortoises (Barney and Stevie Wonder) and playing video games until 3 o’clock in the morning. There’s also her adopted Shih Tzu, Sunny, who, when all this celebrity stuff gets out of control, keeps her humble.

“Picking up his poop in the park definitely brings me back to reality,” she says, laughing. “It’s the most normal, average thing about my life.” 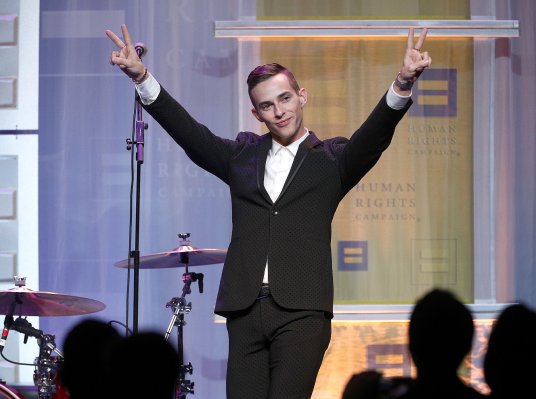