Dubai Decrees Itself the A.I. City-State of the Future

The junction of Dubai is pictured from the Burj Khalifa, the tallest building in the world, on May 16, 2017
Giuseppe Cacace—AFP/Getty Images
By Claire Zillman / Dubai

There’s no direct flight from Dubai to Detroit. So when the three co-founders of Dubai-based Derq, a traffic-safety startup, need to get to the carmaking capital of the U.S., they take a connecting flight on Air France through Paris or on Emirates through Boston. That typically means a four-leg, 32-hour round-trip for at least one of them once a month.

It would be unthinkable for the startup, which uses artificial intelligence to predict and prevent car accidents, not to have a presence in the Motor City. So after securing a $1.5 million round of funding in October, the company opened a satellite office in Detroit. But although two of Derq’s three co-founders were educated in the U.S., they aren’t interested in basing their whole operation there. After all, Dubai’s government is offering perks to startups that are just too good to give up. Co-founder Georges Aoude, who earned a Ph.D. in aerospace engineering from MIT in 2011, reels off the reasons: government support, access to roads to test Derq’s technology and “an affordable place to launch and incubate.”

Derq is on the receiving end of a deliberate push by the Dubai government in recent years to turn the emirate into a living laboratory for nascent technology. In 2016, its hereditary leader Sheik Mohammed bin Rashid al-Maktoum, also Prime Minister and Vice President of the United Arab Emirates, set a goal that 25% of all transportation in the UAE be autonomous by 2030. In 2017, Dubai—one of seven emirates that make up the UAE—vowed that within three years it would have the world’s first government powered by blockchain, the technology underlying cryptocurrencies like Bitcoin. And at the World Government Summit in Dubai in February, Sheik Hamdan bin Mohammed bin Rashid al-Maktoum, Dubai’s crown prince, launched 26 government-led projects under the 10x initiative, which aims to make its eponymous capital city the world’s most innovative within a decade.

The strategy reflects the emirate’s desire for soft power as it seeks to turn itself into a hub for global innovation. But it’s also a test of whether a benign autocracy like Dubai can usher in the next wave of technology—AI—by decree, and if so, what that means for more open, democratic countries that are also trying to incubate technologies intended to reshape the world.

It can feel as if Dubai is constructing the set of a science-fiction movie. Based on the prototypes it has unveiled in recent months, autonomous robocops may someday patrol the Dubai Mall as flying taxis whisk passengers above the gridlock-prone Sheikh Zayed Road. Self-driving buslike pods might drop commuters directly at their doorsteps. At the main airport, a system of hidden cameras disguised as a virtual aquarium tunnel may in the near future scan passengers’ faces and irises as they gawk at digital fish.

These aren’t just futuristic follies intended to look good on press releases. There’s real money behind such ideas. In 2016, Sheik Mohammed put up $270 million for the Dubai-based -Future Endowment Fund, which invests in -innovation. Its Accelerators program accepts startups on the basis of their proposed solutions to government concerns. The Dubai police department, for instance, asked Accelerator applicants to “utilize artificial intelligence … to provide statistics that may support the decision-making process or allow for faster response to emergency situations.”

A leadership reshuffle in October reinforced the government’s commitment as Sheik Mohammed appointed 27-year-old Omar bin Sultan al-Olama as the UAE’s Minister of Artificial Intelligence, creating what is thought to be the world’s first such Cabinet position. “With AI, we cannot afford to be reactive. We must be proactive,” al-Olama tells TIME. “That’s the goal of government: to be proactive and do something about it today.”

The push to attract tech startups and investors to Dubai is consistent with Sheik Mohammed’s reorienting of the emirate’s economy away from dependence on oil revenue after taking over in 2006. The early years of that effort resulted in what Dubai is best known for today: fantastical skyscrapers, ultra-luxury tourist accommodations and global trade. It seems to have paid off; while the price of oil has dropped 37% since 2013, the Dubai stock market is up 155%, according to Bloomberg data from January. Oil once made up about 50% of Dubai’s gross domestic product. Now it accounts for less than 1% of it.

The initial stage changed the face of Dubai as vast infrastructure and commercial projects were built. Now the next stage aims to create an urban environment where flying cabs and robot cops are everyday sights. If the govern-ment intends to construct a thriving playpen for technological guinea pigs, the people who live there are—by one measure—receptive to it. An Accenture study last year found that three-fourths of UAE residents are ready to adopt AI-powered devices and services, compared with a world average of 62%.

It’s not as if they have much choice. The UAE’s leadership may be benevolent, but it is authoritarian. The state ranks 147th out of 167 countries on the Economist Intelligence Unit’s Democracy Index. Political parties are outlawed, and the rulers’ word is absolute. And democracy matters when it comes to technological advancement, argues Loren Graham, an MIT professor emeritus in the history of science. Innovation has historically flourished in open, democratic societies not least because they have legal systems that are not subject to political whims, he says. Disruptive technology can ignite courtroom squabbles, and more repressive societies can’t always guarantee a level legal playing field—plus there’s the risk that a sitting ruler could see an entrepreneur with enough success and wealth as “an implicit, if not explicit, challenge,” Graham says.

Officials in Dubai brush off any suggestion that their type of government has any effect on how the gadgets and AI tested on its roadways and in its airspace are developed and deployed. Dubai is investing in technology that serves the people, says al-Olama. “His Highness Sheik Mohammed says the main goal of government is happiness,” he says. “He made my mandate that, yes, we need to be AI-ready, but in a way that makes people happier.”

Dubai is at least attempting to attract firms and investors from around the world—unlike China, whose autocratic leadership has pursued AI dominance through homegrown technology while laying down hurdles for foreign entrants like Silicon Valley giants Facebook and Google. “Dubai is in an amazing position to welcome great ideas from all over the world,” says Khalfan Juma Belhoul, CEO of the Dubai Future Foundation, touting its proposed “country in residence” program that will help other nations develop new technologies. The type of government behind the initiatives “absolutely” does not matter, he says.

Christopher Davidson, a Middle East politics professor at the U.K.’s Durham University, says Sheik Mohammed’s ability to get his plans “done fast” has been instrumental in diversifying Dubai’s economy. The biggest risk factor is long-term stability, he says. “If we have a ruling family, the weak element is who comes next,” says Davidson. “Can we be sure the next man on top is as good at this as the current one?”

Derq co-founder Amer Abufadel states his view more bluntly. “Probably not being a democracy sometimes helps,” he says. “There’s one decision-maker who says, ‘We want to push forward,’ and everybody follows. There’s little room for debate. Once the leader says it, it needs to happen.”

That top-down approach sounds very much like a corporation, but a lack of democratic oversight can lead to corruption and cronyism. While the UAE ranks relatively high on countries that successfully resist graft—it’s No. 21 on Transparency International’s ranking of 180 nations—its model of governance may at some point turn into a hindrance. In Saudi Arabia, for example, questions about transparency have slowed the initial public offering of a 5% stake in state-controlled Saudi Aramco, the world’s largest oil producer. Although the unprecedented IPO is key to the kingdom’s economic diversification plan, it has yet to happen two years after being unveiled.

And there’s another question for creators themselves: If the unelected rulers of the UAE do gain dominance in AI, are entrepreneurs confident that these world-altering technological advances will be used for fair and egalitarian purposes? Right now, Derq’s co-founders are focused on more immediate issues, like the best route from Dubai to Detroit. They joke that if they get enough business in Detroit, maybe airlines will start flying there directly. They laugh at the suggestion, but who knows? The Dubai government is, after all, the owner of the airline Emirates. 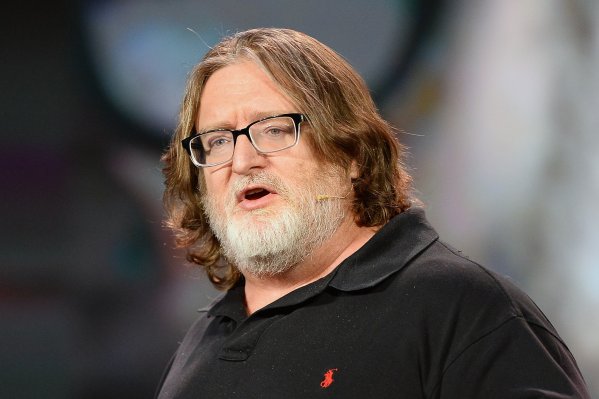