Scott Baio's Wife Renee Has Been Diagnosed with Brain Disease

Scott Baio‘s wife Renee Baio revealed on Saturday that she was diagnosed with microvascular brain disease.

The former stuntwoman and actress told a fan on Twitter that she learned about the condition four months ago.

Renee — who has been married to Scott for over and decade and shares daughter Bailey DeLuca, 10, with him — had previously been diagnosed with two meningioma brain tumors.

Scott, 57, confirmed the news on Twitter and offered support, writing, “Unfortunately, this is true. Renee is forever my rock, my life & my soulmate! Toughest person I know.”The tough news comes just a month after former Charles in Charge costars Nicole Eggert and Alexander Polinsky accused Scott of sexual misconduct on the set of the 1984-1990 show. He has denied both claims.Scott told The Blast doctors diagnosed Renee with moderate to severe chronic microvascular disease.

“She was a former stuntwoman and had a massive brain injury in ’92 due to a jet ski accident. We don’t know if her tumors and this new disease has anything to do with this,” he said. “All we know is she must live as stress-free, depression free and anxiety free life as possible and a get good amount of sleep each night. This new disease can cause strokes and dementia.”

Unfortunately, this is not the first health scare for the family.

In 2008, Baio opened up about his daughter possibly having a rare metabolic disorder called glutaric acidemia type 1. After over three months of waiting, the family finally received the happy news that Bailey was healthy. They have since started a foundation to help children with the disorder and will hold their first charity golf tournament in September.

Renee was also diagnosed with DCIS stage 0-1 early breast cancer in 2010 (thankfully, she tested negative for BRCA1 or 2 mutations). After a successful lumpectomy in October of that year, Renee has since undergone two other lumpectomies, most recently in 2014 – both of which came back benign. There is a history of association between meningiomas – which develop from the brain and spinal cord linings – and breast cancer, studies have found, attributed to hormones.

“Renee has been down some rough roads in her life, yet each time with her strong faith in God, she comes through a better and stronger person,” Scott told PEOPLE in 2015. “My wife is my rock. She refuses to even shed one tear, nor will she question God’s will. Renee, Bailey and I will get through this and along the way maybe help educate others to get checked out.” 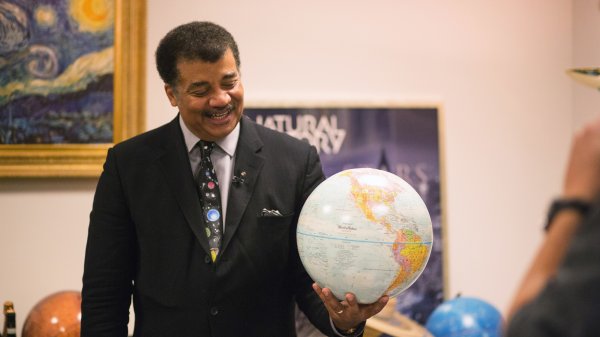