President Donald Trump began his rally for Pennsylvania congressional candidate Rick Saccone with a simple message for his supporters.

“Do me a favor,” he said to the large crowd gathered in a hangar at the Pittsburgh airport. “Get out on Tuesday, vote for Rick Saccone, and we can leave right now.”

But instead of leaving, Trump then spent more than an hour in what felt more like a campaign rally for himself than for Saccone, winding up a cheering crowd, talking about his victory in the 2016 election, touting accomplishments from his first year as president, taunting rivals, and even revealing his campaign slogan for a 2020 run for reelection. (It’s going to be “Keep America Great!”)

But fresh off a surprise announcement Thursday that he accepted an invitation to meet with Kim Jong Un, he stopped his crowd when they booed at mention of the North Korean dictator. “No, it’s very positive,” he said. “After the meeting you can do that, but now we have to be very nice.”

He spoke of the potential historic meeting with North Korea for much of the first ten minutes of the speech, saying of his recent predecessors, “[Obama] would not have done it. And neither would Bush, and neither would Clinton. They had their shot, and all they did was nothing.” Trump said he believes North Korea “want[s] to make peace,” and depending on how things go when he meets Kim, “I may leave fast, or we may sit down and make the greatest deal for the world.”

More than when he discussed foreign policy, however, the crowd got excited when the president spoke about the economy and domestic policy. Trump drew huge cheers when he talked about his tariffs helping the steel industry, his tax cuts and cracking down on gang members and sanctuary cities. He even tested out an idea he’s been batting around recently about giving drug dealers the death penalty. The crowd seemed enthusiastic, but, “I don’t know if this country is ready for it,” Trump admitted.

There’s a reason Trump found himself in front of such a friendly crowd; he carried the district by 20 percentage points in the 2016 election. But Republican candidate Saccone is in a tight race in the special election for Pennsylvania’s 18th congressional district against Democrat Conor Lamb. And many on the right worry that if Saccone loses deep in Trump country, it could spell disaster for Republicans in the midterms. “It’s a crazy time out there,” Trump said.

After an hour onstage, Trump came back to his reason for traveling to Moon Township, Pa., on chilly Saturday evening. “I really feel strongly about Rick Saccone,” he said. He praised Saccone as “a very fine human being,” and then got to the point: “We need Republicans. We need the votes.”

Saccone then took the microphone to close out the rally. “If President Trump is in your corner,” he roared, “How can you lose?” 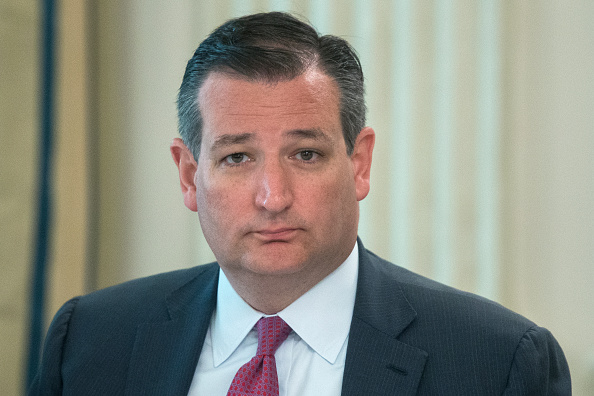 The First Major Primaries of the Midterms Are in Texas. Here's What to Watch
Next Up: Editor's Pick