Police Look for Motive After 3 Hostages Killed at Veterans Home

Police are trying to determine the motive of a man who took three women hostage at a California veterans home before killing them. The suspected shooter — a veteran and patient who had been kicked out of a treatment program at the facility — was also found dead.

The Napa County Sheriff’s Office responded to an “active shooter situation” in the Veterans Home of California in Yountville Friday after the gunman, identified as 36-year-old former Army rifleman Albert Wong, infiltrated a going-away party for employees there.

The hostages were employees of Pathway Home, which provides support for veterans from post 9/11 wars. Police identified them as: Christine Loeber, 48; Jennifer Golick, 42; and Jennifer Gonzales, 29.

Friends and family said that Gonzales was seven months pregnant, the AP reported. She was a clinical psychologist who worked for the San Francisco Department of Veterans Affairs Healthcare System.

The Napa County Sheriff’s office said more people were initially taken hostage in addition to the three who remained, but they were released by the shooter. Police have yet to determine the motive.

Larry Kamer’s wife Deveraux Smith was in attendance at the going-away party. Kamer told the Associated Press his wife had phoned him and told him the shooter entered the event discreetly, taking some attendees hostage while leaving others alone.

Wong, who returned from Afghanistan in 2013, was “calm and soft-spoken” but had trouble sleeping, Cissy Sherr, who became Wong’s childhood legal guardian when his father died and his mother got sick, told the San Francisco Chronicle.

President Donald Trump and California Gov. Jerry Brown responded to the deaths and offered their condolences.

“I don’t know the world we live in today, I really don’t. This is a little community and we all know each other,” Elizabeth Naylor, who works as an events manager 10 miles north of the veterans home, told the Associated Press. “Napa Valley is a wonderful, beautiful place and to know this is in your background, it’s unsettling.”

The Veterans Home of California in Yountville is the largest veterans home in the United states with approximately 1,000 aged or disabled male and female veterans according to the facility’s website. 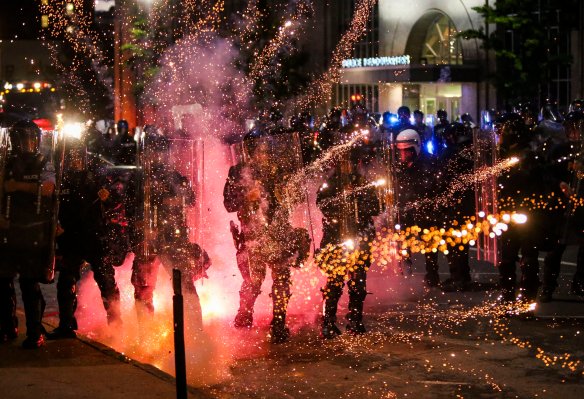