Review: The XPS 13 Is My Favorite Windows Laptop. It Just Got Even Better

The good: Excellent screen, gorgeous lightweight design, great keyboard, fast performance
The bad: Awkward webcam placement, Battery life is solid but not impressive
Who it’s for: Those who value portability, a comfortable keyboard, and a sharp screen above all else

If it’s not broken, don’t fix it. That’s the motto Dell seems to be living by with its newest incarnation of the XPS 13. And I’m glad it did.

Dell’s refreshed XPS 13, announced in January and starting at $999, is a modest but appreciated update that brings enhancements in all the right places. The Infinity Display that Dell introduced on the original model is now even slimmer this time around (23% smaller compared to the previous generation), allowing Dell to squeeze a 13.3-inch screen into a frame that would usually fit an 11-inch laptop. The laptop itself is also thinner and lighter than its predecessor, making it 24% smaller overall. It runs on Intel’s eighth generation processors.

The most immediately noticeable change is in the XPS 13’s look and feel. While the overall design remains the same, the company tweaked just enough to make the 2018 version feel fresh while retaining what I liked about the older models. This year’s iteration comes in a new rose gold color option with a stunning white woven glass fiber interior. (Seriously, just looking at this thing made me want to touch it.) I usually shy away from buying anything colored white, whether it’s a pair of pants or a laptop, because I know the slightest amount of dirt or dust is going to show immediately. I never had that issue on the XPS 13. In fact, I thought it was less prone to stains than the burgundy Alcantara keyboard deck on Microsoft’s Surface Laptop, which smudges easily. My only hangup about the XPS 13’s design is the webcam’s location underneath the screen, which makes it hard to find an angle that’s not awkward or unflattering when video chatting.

Read more: 5 Things About the Samsung Galaxy S9 I Like Better Than the iPhone X

The 3840 x 2160 resolution 4K UHD display on my XPS 13 review unit was predictably gorgeous, as should be the case on a laptop that prides itself on its screen. Colors seemed to pop off the display, the detail was rich, and text looked crisp. The viewing angles are wide enough to comfortably watch videos with multiple people huddled around the laptop. That being said, the Microsoft Surface Laptop’s 2256 x 1504 PixelSense screen and the 12-inch Apple MacBook’s 2304 x 1440 Retina display were about equally impressive, with the XPS outshining them in very few circumstances. The downside is that touch functionality isn’t included by default in the XPS 13 base model, as it is on Microsoft’s Surface Laptop.

A laptop’s good looks and excellent screen don’t matter much if you can’t stand typing on it. Luckily, the XPS 13 has one of the best keyboards I’ve used on a mainstream laptop. There’s no stiffness to it, and the key travel is deep enough to provide a comfortable level of feedback as you type. I preferred it over the Surface Laptop’s (also very good) keyboard, which felt slightly mushy compared to the XPS 13’s. Anyone who has ever used a poor touchpad that’s slow and sluggish will appreciate the XPS 13’s smoothness, although I did find myself noodling around in the settings to dial down the sensitivity.

If you’re looking for a solid general purpose laptop, the Dell XPS 13 should offer more than enough power for daily tasks. Whether I was encoding video or browsing the web, the eighth generation Intel Core i7-powered XPS 13 never grew uncomfortably warm. That’s probably because Dell put considerable amount of effort into the XPS 13’s cooling system, doubling the number of heat pipes and fans. The company also covered some areas of the pipes with Gore thermal insulation to dissipate heat and keep the processor cool when it’s working hard.

That said, I did notice some heat coming from the hinge that connects the display to the keyboard deck while I was using the touchscreen, but it never got close to becoming alarmingly warm. When I stress-tested the XPS 13 by launching 12 tabs in the Edge browser, opening three tabs in Chrome, and running a full hardware system scan with a few other apps operating in the background, the fans grew a bit loud and Chrome lagged slightly. Still, performance seemed unaffected otherwise. Don’t buy the XPS 13 if you’re primarily interested in PC gaming, as it couldn’t run The Witcher 3 at a playable frame rate. But it can run casual games and even other less demanding major titles like BioShock Infinite just fine. Besides, the XPS 13 isn’t meant to be a gaming rig — Dell has its Alienware line for that.

As is usually the case with most of today’s premium laptops, the Dell XPS 13 can last for the duration of the workday. I was able to get roughly seven hours out of it when I used the XPS as my primary work computer, which was satisfactory but nothing special. It’s worth noting that my configuration has a power-hungry 4K display, so other models will likely last noticeably longer.

If you’re a current Mac owner and you’re used to answering and sending text messages on your laptop, I have good news and bad news. First, the good news: Dell now has its own program that lets you connect your phone to your PC to do just that. If you’re an Android user, you’ll also be able to access apps on your phone and notifications on the PC through Dell Mobile Connect. The bad news: It’s not as seamless as Apple’s iMessage integration between iPhones and Macs. To text your iPhone contacts from the Dell XPS 13, you need to have your phone unlocked with Dell’s companion app running. That’s because the XPS 13 wirelessly communicates with your iPhone via Bluetooth and Wi-Fi Direct, whereas Apple’s iMessage service works across desktop and mobile platforms through the cloud. Once you sign into your Mac with the iCloud password you use on your iPhone, you don’t have to think about anything else.

The new Dell XPS 13 is a great option for users who want a simple general purpose laptop that’s thin and light and has an excellent screen. If portability is your top concern and you don’t want to shell out $1,299 for the entry level 12-inch MacBook, which runs on older processors but has more memory and storage than the base $999 XPS 13, Dell’s new laptop is certainly worth considering.

It’s rare for a laptop to stand out in the way that the XPS does for being just that — a no frills but superb laptop. Whereas other device makers hope to differentiate their products by claiming to offer the thinnest notebook in the world or by trying to make them operate more like phones or tablets, Dell’s XPS is a no-nonsense workhorse. It’s not the perfect laptop for everyone: Some will want more power and graphics performance, some will want more flexibility, some will need more battery life. But one thing is for sure: Dell will have to pry this machine out of my hands to get it back. 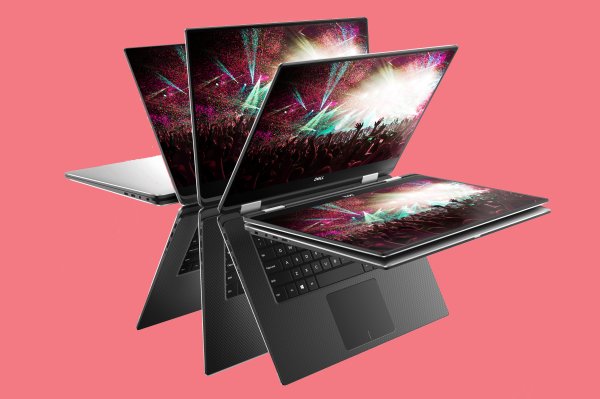