Is Kim Jong Un Gaming Donald Trump? Why Talks May Come to Nothing

Donald Trump has agreed to meet Kim Jong Un — a scenario that appeared improbable in the recent context of insults and threats exchanged between the leaders of the U.S. and North Korea. What’s more, Kim has said he’s willing to consider relinquishing his nuclear arsenal, according to the first delegation of South Korean officials to meet with him. For veteran watchers of the authoritarian Kim dynasty, however, the message brought to mind similar statements by Kim’s father and grandfather, who used talks on their nuclear-arms program to extract concessions without ever giving up on the weapons. North Korea blames the U.S. for reneging on the deals.

1. Will there be nuclear talks?

An unprecedented summit between Trump and Kim will take place, possibly within weeks. According to a top South Korean official, Kim “expressed his eagerness to meet President Trump as soon as possible” and Trump “said he would meet Kim by May to achieve permanent denuclearization.” The leaders of North and South Korea had earlier agreed to meet for a summit on their shared border in late April. One report said North Korea had promised to halt development of intercontinental ballistic missiles, but the pledge was dependent on “U.S. attitude.”

2. Why is it important the U.S. is involved?

3. What has stood in the way of talks?

Trump has insisted — as did previous U.S. administrations — that North Korea must be willing to commit to giving up its nuclear weapons before talks could begin. Recently North Korea’s position had been that talks shouldn’t be tied to any such conditions. And in an address in December, Kim said his nation’s nuclear deterrent was “ irreversible.”

4. Why did Kim’s position soften?

His regime is so isolated, it’s impossible to do more than speculate. Kim may see himself negotiating from a position of strength after advancements in his nuclear program. At the same time he could be feeling the bite of tougher sanctions imposed by the United Nations Security Council, U.S. and European Union. The country’s currency reserves have shrunk enough to crimp imports of essential products, some analysts say. It’s also possible that Kim sees an opportunity to create dissension between the U.S. and South Korea. Moon Jae-in, who became president of South Korea in May, has encouraged talks — prompting Trump to accuse him of “appeasement.”

5. How advanced are Kim’s weapons and missiles programs?

Kim has accelerated the programs, declaring the country’s nuclear force “complete.” Last year, North Korea detonated what it said was a hydrogen bomb capable of riding an intercontinental ballistic missile. It also test-fired ICBMs and said the entire U.S. is now in range. One study concluded Kim’s military had successfully produced a miniaturized nuclear warhead that can fit inside its missiles. But the U.S. military said as recently as January that North Korea hasn’t demonstrated essential capabilities for a missile, including whether such a device could survive reentry into the atmosphere and hit a target accurately.

6. What would be the point of negotiations?

Diplomats have long talked about seeking a grand bargain: In exchange for economic assistance and security guarantees, North Korea would give up its nuclear-weapons program in a way that could be verified by outsiders. Others argue the most that talks could achieve would be a freeze on the program.

7. Why the skepticism about North Korean intentions?

North Korea has a track record of escalating and then lowering nuclear tensions to win diplomatic and economic benefits. A 1994 deal to freeze its nuclear program, brokered by U.S. President Jimmy Carter, collapsed in 2002. A year after North Korea’s first nuclear test in 2006, multinational talks produced an agreement to close its nuclear facilities in exchange for food and energy assistance. That accord collapsed in 2009.

8. Would Kim be a more reliable partner?

The world will find out. Kim’s behavior suggests that, like his predecessors, his foremost concern is the perpetuation of his regime and he’s willing to go to extremes to ensure it. (He’s executed senior advisers including his uncle.) Possession of a nuclear arsenal, arguably, lowers the risk of a foreign invasion that would depose him. So to give it up, Kim would have to be convinced by whatever security guarantees he’d receive in exchange. Or he’d need to be seriously worried that his nukes were putting his regime in mortal peril.

9. Is accepting North Korea as a nuclear-armed state an option?

Some analysts have suggested that’s the best way to ease the current tensions, but no major country has said yet that it would go that far. Doing so could lead South Korea, Japan and perhaps Taiwan to seek their own nuclear arms — undermining, perhaps fatally, the Treaty on the Non-Proliferation of Nuclear Weapons. When tensions were strained last year, South Korean politicians discussed the redeployment of U.S. tactical nuclear weapons, which were removed in the early 1990s. 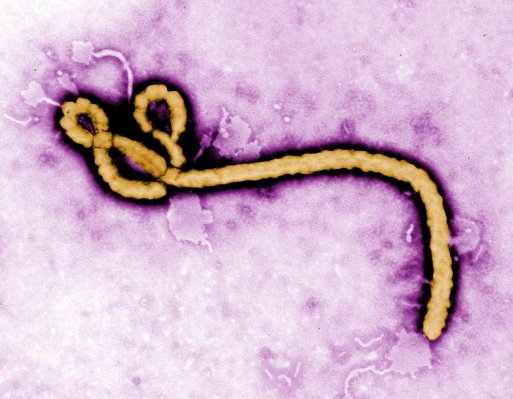 Why America Could Become Vulnerable to the Next Major Pandemic
Next Up: Editor's Pick