How to Make #MeToo a Truly Global Movement

Ideas
By Michelle Nunn
Nunn is the president and CEO of CARE USA; CARE is a humanitarian aid and international development agency that reaches 68 million people in 100 countries annually.

The immediate impact of the #MeToo movement inspires us. But the long-term test is not whether it brings down dozens of powerful men in the United States, but whether it lifts up millions of women around the world.

Moving beyond International Women’s Day, we should not only recognize that the producer’s couch in L.A. can be a dangerous place, but also imagine what it is like on the factory floor in Cairo.

In Egypt, 62% of men think it’s sometimes or always acceptable for an employer to expect an employee to have intimate interactions such as sex with them, a relative or a friend, according to an eight-country survey conducted by Harris Poll for CARE, the poverty-fighting organization I lead. In India, 39% of men say it’s either sometimes or always acceptable to wolf-whistle or cat-call at a colleague, the poll found. And in the UK, 36% of 25- to 34-year-olds think it’s acceptable to pinch a colleague’s bottom.

These statistics aren’t alarming aberrations; attitudes everywhere need changing. We know that sexual harassment is a problem within our own humanitarian sector — no industry or geography is immune. We have our work cut out for us — here in the U.S. and around the world.

But the #MeToo moment is providing hope. In far-off places, thousands of miles from Hollywood or Washington, D.C., expectations are rising among millions of forgotten women that today’s scandals might effect positive change in their workplaces. From Vietnam to India, women want this galvanizing moment to spark a global movement. A roadmap exists, but it demands we create change community by community, from the bottom up.

How do we stand in solidarity with women all over the world who experience sexual harassment at work and discrimination at large?

By reaching into communities to organize women to fight for their dignity — and by enlisting men. In Egypt, Tuk Tuk taxi drivers notoriously harass women passengers and those they pass on the street. We recruit these young men drivers to send a different message: that abusing and harassing their country’s sisters, wives and mothers isn’t just wrong, but a violation of their own values. Today, increasing numbers of drivers are becoming champions for women — a key to change.

In Ecuador, we have organized domestic workers — through labor unions and women’s associations — and recently I got to see firsthand how they are speaking up for their rights and dignity. Alicia who began her work as a maid at age ten and spent years unpaid, threatened and pressured to have sex with her employer. Today she is an activist fighting to ensure her daughters grow up safely and receive an education. As she said to a CARE staffer, “We need to start respecting women and listening to their stories in order to end the violence and abuse.”

We know that we can make a difference community by community. But we need to bring these changes to scale — we need to create system change at a global level.

Just as the United States in the 1970s recognized at last that violence against women is a crime, not a private matter, we must insist that workplace harassment be treated as a core labor issue. Nearly eight out of ten domestic workers in Latin America are subject to informal labor conditions that make them much more vulnerable to physical or sexual violence. Rape should not be in anyone’s job description. The question is whether we can build the capacity of workers everywhere to demand and exercise their human and labor rights.

An immediate test is whether the International Labour Organization (ILO) will create a global convention against workplace sexual harassment, so the world makes clear that freedom from sexual abuse at work is as fundamental as the right to a bathroom break, an eight-hour day or overtime pay. To truly tackle a problem, you must first define it, yet there is no internationally agreed-upon definition of workplace violence and harassment. An ILO convention would fix that and fill many other gaps preventing us from confronting workplace harassment at both the global and domestic levels.

Gender-based violence is both a cause and a consequence of poverty and gender inequality. But it remains a hidden, even a taboo issue, in many countries. We need to change that. The Academy Awards ceremony gave us a glimpse into what it might look like if women in Hollywood had a more equal voice; the stakes are even higher for millions of others working out of the limelight in hotels, farms and factories — from Kenya to Sri Lanka. For their future, the spirit of #MeToo demands we all make clear that #ThisIsNotWorking. 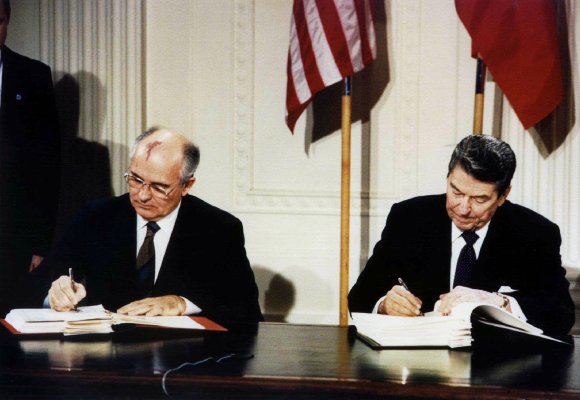 The U.S. and Russia Must Stop the Race to Nuclear War
Next Up: Editor's Pick